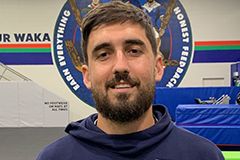 Founder and Director, JP ATHLETIC
Junior Pathways Strength and Conditioning Coach, One New Zealand Warriors
Bachelor of Sport and Recreation in Sport and Exercise Science & Bachelor of Business in Management

He takes pride in helping others, says sport and recreation alumnus Jordan Papa who now splits his time between working for the One New Zealand Warriors and running his own company, JP ATHLETIC.

“I’m the founder and director of JP ATHLETIC, as well as the junior pathways strength and conditioning coach for the One New Zealand Warriors. I enjoy that in both organisations I work directly with athletes. As a coach, I mentor, lead, guide, teach and relate to athletes across a variety of sports, professions and performance levels.”

While he is still in the early stages of his career, he has already had a number of achievements he is particularly proud of.

“I love being able to work directly with athletes that compete at the highest level across various competitions around the world. I’m proud of becoming the One New Zealand Warriors junior pathways strength and conditioning coach. This is a career opportunity that allows me to further my knowledge and expand my skillset in a professional sporting environment.

“Another highlight for me was my role as the strength and conditioning coach for the Niue boxing team at the 2022 Commonwealth Games, taking four athletes over to Birmingham where we came away with Niue’s first ever Commonwealth medal. “

Choosing AUT
He has always known that he wanted to pursue a career in sports, Jordan says.

“I had competed across a variety of sports growing up and as I matured I developed a passion for coaching. This passion led me to choosing a career in strength and conditioning.”

Deciding where to study was easy for him.

“What I preferred about AUT compared to other universities was the integration of theory with practice, and the industry connections.”

Feeling inspired
Jordan still has many strong memories of his time at AUT.

“In my first year at AUT I was inspired by Associate Professor Caryn Zinn and her passion for academic freedom and cutting-edge research. Two years into my degree, I also started my business, JP ATHLETIC, which has taken me across the world and enabled me to work directly with some of the best athletes in New Zealand and abroad.”

He has some great advice for other students who are only at the start of their university journey.

“The future will always belong to those who know how to relate, connect and interact with others.”

More about Jordan and his work 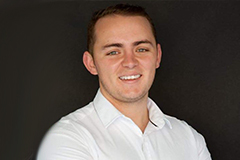 Liam Hunt
Master of Business
Bachelor of Sport and Recreation 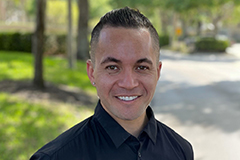 Shayne Taupo
Bachelor of Sport and Recreation
Master of Sport, Exercise and Health 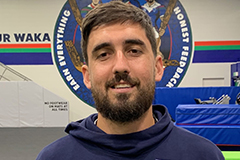 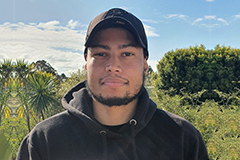 Jayson Jooste
Master of Sport, Exercise and Health
View more profiles
Back to top
Opens an external site in a new window