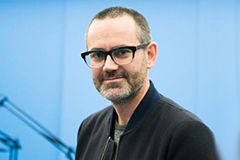 Nomadic is a fair description for much of Andrew McKechnie’s life. He was born in Nairobi then spent parts of his childhood in the Philippines, and Indonesia, moving every few years as his father’s career took their family to different parts of the world.

When his parents decided to return home to New Zealand, McKechnie spent one of his longest stretches in one place, attending intermediate, high school and university in Auckland. For McKechnie, school was a time he spent figuring out what he was interested in and what he wanted to do, which to some observers - mostly his teachers - looked like a lack of focus.

“People probably thought that I never stuck to one thing consistently, which is often seen as a negative. But I tried everything. I tried every sport possible: rugby, table tennis, basketball, surfing, soccer, skateboarding, tennis, BMX, snowboarding, windsurfing. And I was the fat kid. I explored all genres of music and the art world. My bedroom walls were filled with a rotating canvas of art and inspiration,” says McKechnie.

“I was just very curious, pushing the limits and seeing what ideas, concepts or themes stood out to me. Fortunately my parents were very supportive of this experimental phase in my life. At one point I think I had six piercings around my face.”

“But because there were so many things that I was interested in, I did find it difficult to focus intently on what I wanted to do in my career.”

“I was also a singer in a band, I was musical, I used to write poetry and lyrics, and all of those things have become valuable tools as a writer and a creative in the industry. But I really struggled after high school figuring out what I should focus my career on.”

“AUT was probably the first time I felt really confident about my potential and the opportunities I could discover out in the real world. AUT grounded me – in a good way- and scrubbed away those teenage years of cruising. My academic side hadn’t been triggered, but it was triggered at AUT.”

In the end he chose to study marketing and advertising at AUT, through ‘a process of elimination’, and it was a decision that played a pivotal role in shaping his career.

“I knew that advertising was a creative industry, and I was always interested in photography, design, film, and writing. But I didn’t really understand the true workings behind it. I just felt that it could be an avenue that would allow me to express my different interests.”

“At AUT I quickly realised that I was pretty good at understanding the whole business side of it too. I was able to apply the logic of the business world in terms of marketing and advertising as well as apply some of my creative flair.”

“I felt like I really understood the subject matter and I was actually interested in it. It felt like the real world. It wasn’t just theory.”

McKechnie says his time at AUT allowed him to discover what he was good at and to figure out what he ultimately wanted to do.

The next pivotal moment was his AUT co-op or internship, which saw McKechnie take on a role with FCB in Singapore.

“I think that was the trigger for my career, doing the co-op. It was pretty transformative for me and it was a real shock to the system. It was ‘the real world’. I encountered a ton of applied learning and was exposed to real business briefs and the workings of an agency. I got put through different departments and they really mentored me as a young copywriter.”

McKechnie describes the co-op experience as “super-intense”. During his time at FCB the agency helped him develop a portfolio and when the internship was up they offered him a role as a copywriter.

After landing that role McKechnie spent eight years in Singapore at three different agencies: FCB, BBDO, and J.Walter Thompson – working his way from Copywriter to Senior Copywriter and then Creative Group Head.

From there McKechnie set his sights on the US, but despite his successes in Singapore and a string of international awards, including ‘Young Professional of the Year’ and gold medals at every award show, it still proved tough to break into the US market.

Ultimately it was an agency in Boston-Modernista!-that first recognised McKechnie’s talents.

And then Apple called. Now as Global Group Creative Director, McKechnie is based in Cupertino, California leading a 40-strong team of creatives within the influential Design Group.

“I came to Apple to help integrate and dimensionalise the Design Group within Marcom. The team is made up of a diverse mix of disciplines from various creative backgrounds. They’ve come from industries such as film, interactive, advertising, design, and fashion. We have some of the world’s best.” 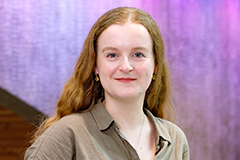 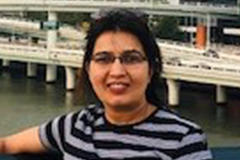 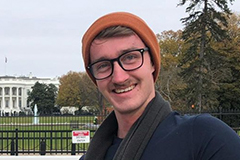 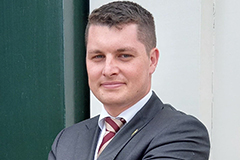