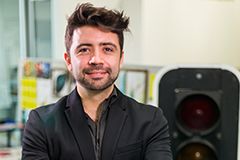 The future of storytelling lies in virtual reality, says Alejandro Davila, the man behind New Zealand’s first virtual reality film and a Young NZ Innovator of the Year finalist.

“The Green Fairy project – a virtual reality film about fairies that light up the inside of traffic lights – is my master’s degree project. When I started my research at AUT, I learned that storytelling was going to play a big role in the new wave of virtual reality projects.”

Built as a prototype at AUT, the project has received widespread media attention and Alejandro has become widely recognised as a pioneer in the field of virtual reality storytelling.

“The Green Fairy project has become an important case study because it’s New Zealand’s first virtual reality movie. The project has now received funding from the New Zealand Film Commission to be produced as a pilot episode for a virtual reality series with its international release later in 2018, based on the prototype created at AUT.

“The project has also been growing in the scope of augmented reality (AR), with our new interactive animated series designed for AR. We also worked with NZ On Air and TVNZ to release The Green Fairy app."

“It never ceases to amaze me how many great opportunities I’ve had access to. The CO.STARTERS@AUT programme was a great way to build my business skills, connect with industry people and get great advice. Through my supervisor’s group, I could sit in classes on virtual reality, and I loved being able to access the motion capture room to experiment as much as I wanted for my project.”

The open, collaborative environment was a highlight for Alejandro.

“AUT was a very open environment to collaborate on my project. The promotion AUT offered for my project was amazing, and I couldn’t believe the amount of backing I was getting.”

“We’re living in a technology revolution and we need to stay tech savvy to thrive in this fast-changing world. AUT is the leading university when it comes to technology, with a strong brand and amazing facilities.

“I constantly tell everyone about the opportunities at AUT, and how you need to tap into these opportunities and resources. There’s been a lot of thought put into how the system at AUT works, and all it takes is to realise how valuable this is and how the programme helps you maximise not just your career, but your skillset as a human being.”

Already balancing his studies with his work at virtual reality studio CONICAL, Alejandro plans to run the company full-time once he completes his studies.

“I lead a team of creative technologists at CONICAL, which is comprised of talented AUT graduates that are helping me disrupt the interactive storytelling market. We work on advertising and story-driven virtual reality and augmented reality projects. We aim to produce world-class story-driven virtual reality experiences for children and the young at heart, as well as apps and games!” 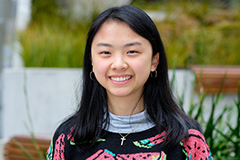 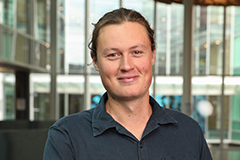 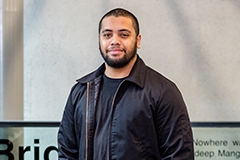 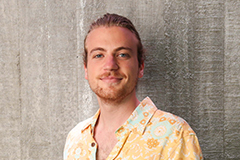