What is disaster eHealth ?

The application of information and ehealth technologies in a disaster situation to restore and maintain the health of individuals to their pre-disaster levels.
The world has always been beset by natural disasters but increasing population and degradation of the environment has  lead to a significant increase in their number and intensity. The economic impact and costs in terms of human lives and misery are huge. According to the Centre for Research on the Epidemiology of Disasters, between 1994 and 2013, over US$2.5 trillion in economic losses were reported globally from natural disasters. Between 2004 and 2011, the Indian Ocean Tsunami and the Haiti and Tōhoku earthquakes alone killed more than 600,000 people, with
millions more injured or made homeless. Immediate casualties in the 2010/2011 Christchurch earthquakes in New Zealand were mercifully small but serious economic and health effects are still with us more than five years after these events.  At the same time such terrible events can  encourage innovation and cooperation. The Christchurch earthquake in fact has been used as a stimulus for ehealth developments in both Canterbury and New Zealand.

Disaster management and disaster medicine are well-established disciplines for responding to natural disasters and providing healthcare for affected individuals. However, these disciplines have different traditions and priorities so that meaningful communication and coordination across them during disasters are often lacking leading to delayed, sub-standard, inappropriate, or even unavailable care. Moreover, neither discipline systematically exploits the new e-health technologies such as the electronic health record, tele and mobile health, big data analytics, etc. that are revolutionising non disaster healthcare by improving quality, safety, cost-effectiveness, and access.

Disaster ehealth research aims to design and build a roadmap for increasing research and practice in this area with researchers and practitoners from around the world.

DeCOI thanks the Royal society of New Zealand  for the support it has provided to this project via a catalyst grant. AUT has also generously supported this work along with funding from the Universities of Agder and Nebraska at Omaha. 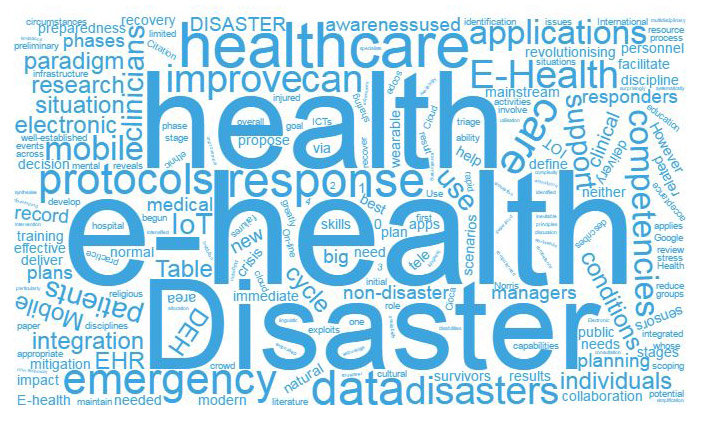