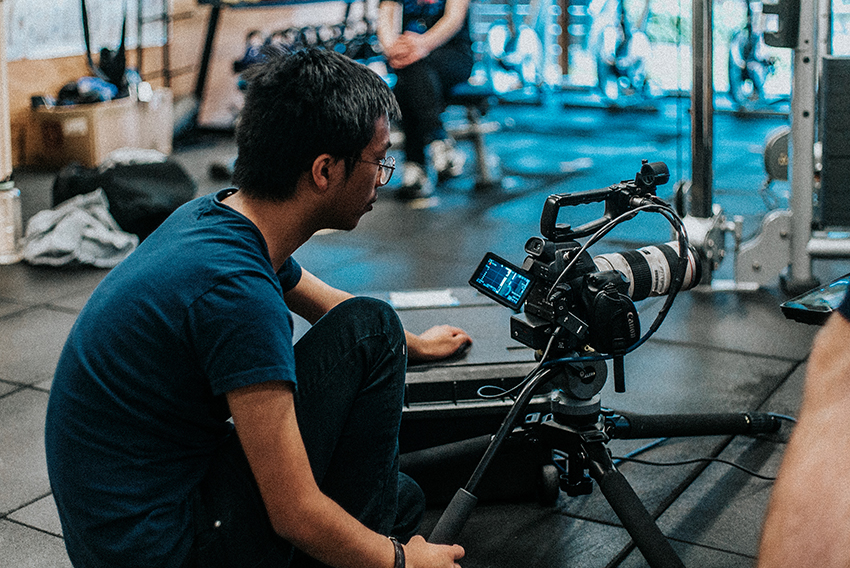 When it comes to making an award winning short film, Jesse Ung says the most crucial ingredient is time. And thanks to a generous scholarship from the Keir Trust, the AUT graduate (2018) had more of that than many during his Bachelor of Communication Studies.

While several of his classmates were juggling part-time jobs, Jesse was able to focus all of his energy and passion into creating the best work he possibly could. The results speak for themselves.

“Not to toot my own horn but the film is very emblematic of how much time I put into it,” says Jesse.    “Making a film is a long, long process, and the amount of work you put into it dictates how rich and cohesive it feels. During the editing phase for example, I got into the habit of spending nights at AUT to ensure I did the best I possibly could. Making your best film is not just about hard work – even more than that, it is time.”

As recipient of a Keir Trust Study Award, Jesse received a partial fees scholarship for the full three years of his degree. That meant instead of having to work part-time he could immerse himself completely in the AUT study experience.

“That financial assistance was a huge weight off my shoulders. It is a big burden for students to know that eventually that big number (the student loan) is something that you will have to pay back. Knowing that for me, the number had been decreased immensely was huge. It helped a lot to not have to constantly be conscious of what things were costing, and instead concentrate wholly on my studies. I am very grateful for that.”

Now enjoying being an AUT graduate, Jesse’s schedule is packed with creative plans and projects.

“I’ve experienced a two-week internship in Berlin where I worked with Annapurna Pictures and I’m doing stage management for a stage production, Odd Daphne. As well as that, I’m working on my second short film and have earned myself a mentorship for a feature-length screen play I’ve written. I’ve been pretty busy!

“My passion is filmmaking. That’s always been my passion and that is something that’s never changed. While many of my friends and classmates have grappled over which direction to take, I have always been resolute. I feel very lucky.”