It’s ten years since Professor Des Graydon - one of AUT’s greatest leaders – passed away, but his legacy still shines brightly.

A scholarship fund established in his name is helping ensure the next generation of leaders have the support they need to develop their full potential.

Each year the Des Graydon Memorial Scholarship gifts one secondary school student $12,000 towards their second and third year of study in the Bachelor of Business programme ($6,000 per year). For 2019 recipient William Austin, the generous contribution was not only a huge weight off his shoulders financially, but it opened the door to unexpected opportunities.

“When I received an offer for this scholarship I was elated, excited and surprised. I have nothing but appreciation for having this chance,” says the former Marcellin College student, now in his second year of AUT’s Bachelor of Business.

“The scholarship removed a massive load off my back which was the fees. This gave me a lot of flexibility in my future plans, knowing that I don’t have to be constantly paying off a large student loan and living costs. It also gave me membership into the  AUT Scholars’ Society, giving me access to a number of resources which I may not have otherwise had.”

While the scholarship aims to support students facing financial barriers to study, William believes it was his leadership and role model potential that sealed the deal. As well as being a Year 13 school prefect, he was chairperson for the Ball Committee, and led the school’s Social Justice Committee to help raise $1,000 for the needy.

“When I was in Year 13, I was also CEO of the Young Enterprise Scheme business M City, M City aimed to promote dairy-free and vegan food, protect the environment, and spread cultural tolerance throughout New Zealand. I’m very proud to have been successful in the leadership opportunities I’ve taken and hope to improve these skills further in the years to come.”

Professor Graydon would be delighted. In his two decades at AUT as the Dean of the Faculty of Business and Law, he was considered to be one of the University’s most significant leaders, and was highly respected not just in New Zealand, but around the world.

AUT Vice Chancellor Derek McCormack, describes him as a hugely capable leader, adding: “Des was an innovative educator. He led the faculty for 20 years through times of enormous change in a very competitive and difficult environment. He established a distinctive style and contribution for a university business school, where the student was at the centre, and independent thought and practice was their goal.”

Thanks to Professor Graydon’s passion and stewardship, thousands of students just like William are still reaping the benefits. 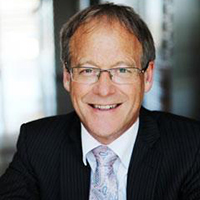 Des Graydon was the Dean of the Faculty of Business and Law at AUT for 10 years, and was highly respected in New Zealand and around the world. 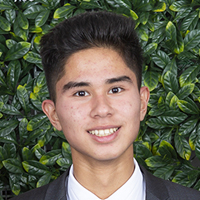 The 2019 recipient of the Des Graydon Memorial Scholarship, Willian Austin is a Bachelor of Business student and is grateful for the opportunities the scholarship has given him.