The short documentary Shama, directed, co-edited and produced by Associate Professor of Screen Production and Cultural Studies Arezou Zalipour, has been selected for three international film festivals including the prestigious Boden International Film Festival in Sweden.

Shama was filmed over two half day shoots with virtually no budget. It shows the ways the group of ethnic women involved in Shama Ethnic Women’s Trust provide support to women immigrants in the Waikato area, helping them take charge of their lives and participate in activities beyond just survival. 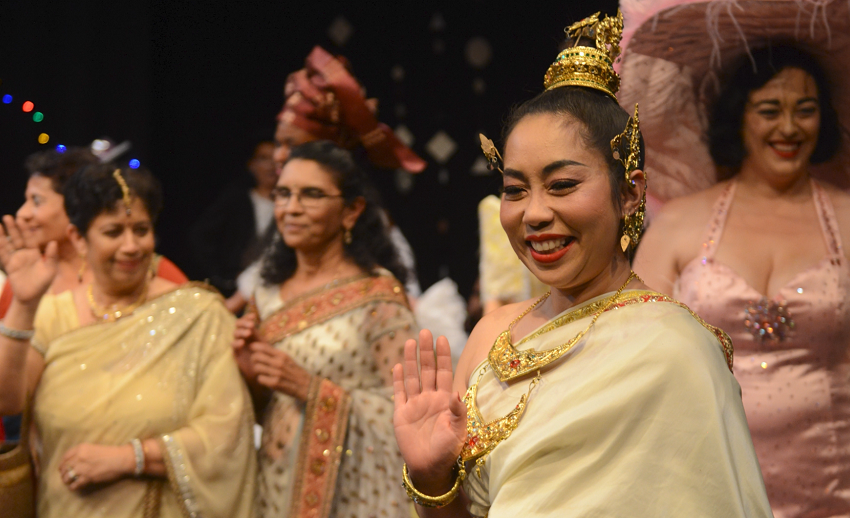 Zalipour says it was a pleasure collaborating with her colleague James Nicholson (researcher, camera, and co-editor), and camera assistant Niamh Swanneck, a recent graduate from AUT’s Screen Production department.

"The research-film project is a small-scale community collaborative documentary. By designing five levels of performance and shifting modes of address, we explored the ways in which a short, no-budget documentary could represent the complexity and spirit of this NGO and the lived experiences of ethnic migrant women,"

“The documentary Shama is about the vibrant community of Shama Ethnic Women’s Trust. I’ve been on its Board of Trustees since 2013 working with an amazing group of wāhine. Shama is one of the first NGOs in New Zealand established and run by ethnic migrant women for ethnic women and their families.” 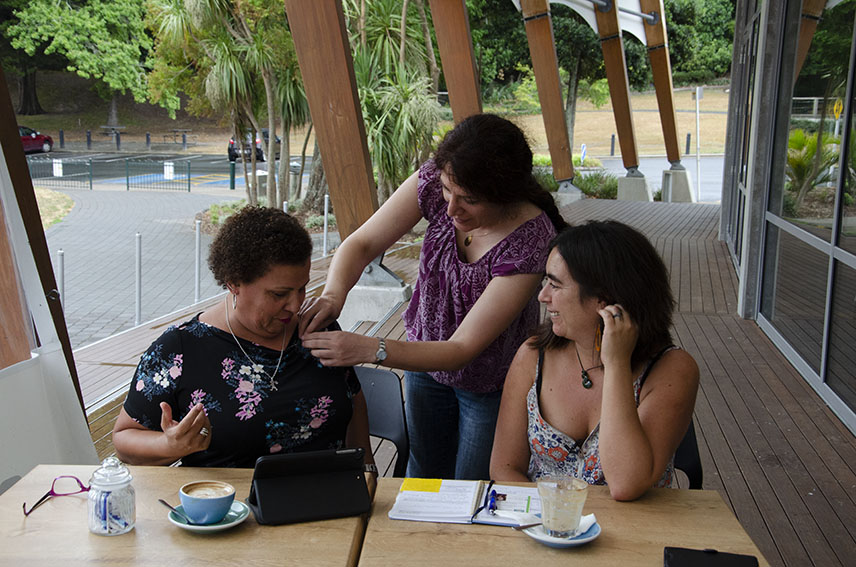 Arezou on the set, getting ready for the interview shoot.

“My positioning as filmmaker-researcher in this project comes from the shared ideology and worldview that Shama organisation stands for, as well as my own lived experiences as an immigrant, of Muslim background from the Middle East, and a woman in Aotearoa New Zealand. My experiences have profound affinities to those of other migrant ethnic women who have joined the centre.”

In November it will have a public screening for the 20th anniversary of Shama Ethnic Women's Trust, followed by a Q and A seminar by Associate Professor Zalipour in Hamilton.

Migrant and Diasporic Film and Filmmaking in New Zealand (2019)

Social cohesion and diversity on screen (The Conversation)