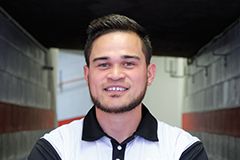 “Landing this role and working at the Counties Manukau Rugby Football Union had been a dream of mine since I was younger, especially since I grew up in Counties Manukau. The opportunity to connect with the people of my region and give them my time and efforts is rewarding. I’m proud to have found a career where every day is different, and I can be happy and start each day with a smile.

“As a secondary schools rugby development officer, my role is to help grow, empower and inspire those within our community and region through rugby. For me, this is primarily done in the teenage space (12 to 18 years old) at both a participant and performance level across 12 secondary schools in the region, working alongside teachers in charge of rugby, student athletes, coaches, parents, staff and the community. Alongside my daily work, I’m also the head coach for the Counties Manukau Under 18 Representative Squad, co-coach of the Niuean Under 18 Boys World Schools 7s Squad, a rugby selector for the Chiefs Under 18 Camp and a World Rugby Coach Educator."

Making memories
What he remembers most fondly about his time at AUT is meeting like-minded sports enthusiasts, says Shaun who has always been passionate about physical activity and the sports industry.

“Throughout my studies I met some great people who were just as passionate about sport as I am. This would prove awesome as the years went on, and I came across the people I studied with at events or at meetings revolving around sport and physical activity. Those are some real special times reconnecting. Graduating was a massive step and life goal for me, and I’m still grateful to those who supported me along the way.”

In addition to his studies, Shaun also managed to make the most of university life.

“One of the highlights for me was the AUT Rugby Sevens Competition on the North Shore where I was part of the team representing the AUT South Campus. That was such a great way to challenge other areas of study and compete against them on the field. It was a great day that led to many lifelong friendships. I also still remember the café at the AUT South Campus, and the snacks we often had just before or after our lectures.”

“Build your contacts and learn from everyone. Don't be afraid to ask for help and support. Have a never stop learning attitude and enjoy the fun times of student life too.”

Make a commitment, he adds.

“When taking up study, you have to be willing to sacrifice at times, put your head down and make a commitment. It might seem like it's a long time while you’re at university, but it's such a short time span of your life and you’ll come out better off as an individual ready to take on the world in whatever avenue you choose.” 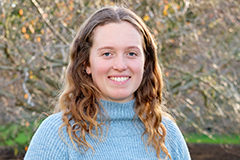 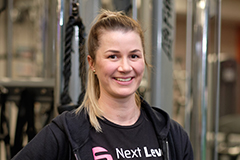 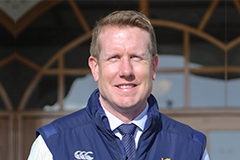 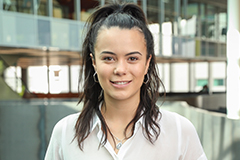