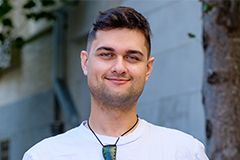 For Reuben Terehu Shortland putting on a motion capture suit and watching a virtual version of himself during his digital design degree was an eye-opening experience.

“There were a few times at university where I would put on a motion capture suit and jump into a capture volume. I could see a real-time virtual version of myself react to my every move and motion. It was amazing to see such a convincing display of subtle reaction, push and pull, changes in momentum, and a language of body and performance we as humans have seen since the dawn of social interaction. It really evolved in my mind, the actualised potential of this digital medium.

“Another highlight for me was being able to intern at Weta Digital – one of the most successful VFX studios in the world – in my second year at uni. I was one of four interns picked out from 200 applicants, so it meant a lot to have this opportunity to gain an intimate education of my industry at its best. I met a lot of great people, learned some good skills of the trade and made unforgettable memories.”

One of Reuben’s proudest moments was submitting his final-year project; the short film ‘Paradice Isle’.

“That was truly one of the most satisfying achievements in my life after many gruelling months of extremely late nights and a lot of hard work, and I was very proud when my project won a Silver Award at the 2020 Best Design Awards in the student moving image category. Looking at that big old piece of silver card on my wall made all those tiresome nights feel worth it. It also brings me joy to know that people actually really enjoyed my weird ideas.”

“That day really still sticks out to me. It was me and a bunch of people all connecting over shared interests. There was this excitement we all shared for the three-year journey ahead, and to an extent that energy really sustained itself throughout. The people I met had some amazing project work and great skillsets on display, and I had the pleasure to really absorb and pick up on these skills in my own studies.”

Moving into student accommodation was another milestone for him.

“I moved into the Wellesley Student Apartments near the AUT City Campus at the beginning of my second year. This marked my first time living away from home. It also marked the beginning of me being able to focus and put a whole lot more work into my studies. I had the chance to meet some fantastic people and make some important life experiences. While I was living in student accommodation, I won an award for most enthusiastic tenant, as well as an award for being part of the best flat.”

“My job covers a few different tasks in the realm of 3D animation. I help to manage and target animation sequences for our game characters, I’ve jumped into a motion capture suit on occasion to capture motion data for our cinematics and game animations, and I’m helping animate promotional sequences for upcoming game content. Outside of that, there’s a lot of talking with Māori artists and team members to co-ordinate our project efforts into making really awesome Māori-centric video games.

“I love that I can spend of great deal of time on creating animation. I have a lot of creative freedom and constructive input into the animations, and the content is centred around my own cultural heritage as a Māori creative. I get to do exactly what I’ve always wanted to do since I was young, and I get to expand the cultural knowledge of my whakapapa and the wider Māori world. It’s my dream job.”

Being a panel speaker at the 2021 New Zealand Game Developers Conference in Wellington was another career highlight for him.

“Along with other fantastic panellists, I spoke on kaupapa and tikanga Māori in the game development space; the dos and don’ts when incorporating Māori culture into a digital medium. Meeting and networking with passionate game developers was an absolute treat and hearing positive feedback on the experiences that I and the whānau at Metia Interactive had to share made it all the more worth it.”

“Find the software and workflows that you know you’ll be happy dealing with for the next few years and do everything in your power to master them. Don’t know which programs you like? Try a bunch of different things. Experiment! Absolutely nothing is off the table if it helps with your creative process. People around might know things you don’t, so latch onto them and gain every bit of crucial knowledge you can. All the effort goes a long way and makes you more employable.”

You need a passion for the industry to succeed, he adds.

“Be absolutely sure that you’re going to love this industry and the challenges that come with it. There’s a certain passion as a creative that will keep you going in the roughest times. Have fun, enjoy yourself while you can, don’t miss deadlines and ask a ton of questions of anyone who looks like they know what they’re doing.” 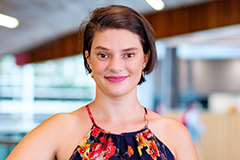 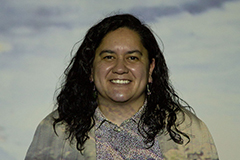 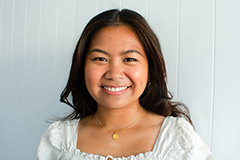 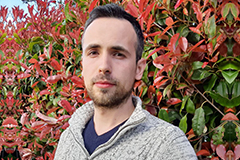