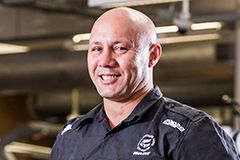 It’s a privilege to be working with athletes at the top of their careers, says physiotherapy alumnus Jordan Salesa who has worked with some of the best athletes in the world.

“I love being around people who are at the pinnacle of their careers. It’s a privilege to be a part of their journey. Supporting an athlete is slightly different from working with patients in the clinic. We typically already have extensive information about the athlete, and they usually have psychologists, nutritionists, coaches and other support people. Our primary role as physiotherapists is to provide support on a needs basis, whether giving a massage, treatment or advice on exercises. Athletes are used to competing at an elite level, so they know their bodies well, which helps.”

Throughout his career, he has worked with athletes at six different Olympic Games, including looking after New Zealand’s largest Olympic team at the Tokyo Olympics, with 220 athletes. For the past three Olympics, he has led the therapy group, which includes five physiotherapists and two massage therapists who provide ongoing support to athletes before, during and after the games.

But Olympic athletes aren’t the only people who have benefitted from Jordan’s expertise. He was one of the co-founders of the Physio Rehab Group, which grew to include 22 physiotherapy clinics across the country and has recently become part of Habit Health.

The journey towards becoming a physiotherapist
As someone who has always been passionate about sport and helping others, Jordan was destined for a career in physiotherapy.

“I’ve grown up loving sport, and I found physiotherapy was a good pathway to continue my involvement in sport. I have a strong desire to help my aiga and support people generally. This stems from my multicultural upbringing, parents and culture.”

His AUT physiotherapy school experience really was life-changing, says Jordan who went from being a tradesman glazier to full-time study within the physiotherapy degree. The programme structure and support at that time enabled him to see the possibilities the future could hold and as a mature student he felt those things were totally within reach.

“To get to the pinnacle of where you want to be, you need to commit and make sacrifices. In the first ten years of my career, I did a lot of work before I got anything in return. Success doesn’t happen overnight. It takes a lot of groundwork and a lot of sacrifices. Just stay committed, stay focused, don’t lose sight.”

He says the support from his family was a key factor in his success.

“I come from an extremely close-knit family – an aiga, an extended family in the Samoan sense. My family has always managed to both challenge and support me, furnishing me with an intimate understanding of sharing, communication, tolerance and experience. My strengths emerge from my family, to whom they return.” 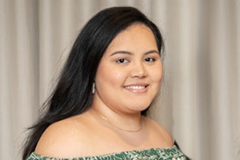 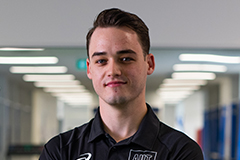 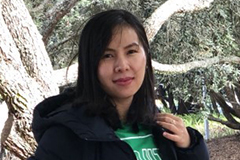 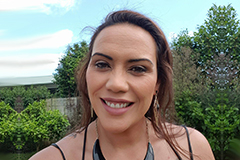