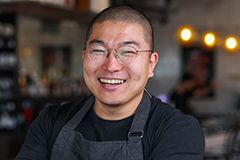 He enjoys sharing his love of food with his customers, says AUT culinary arts alumnus Jason Kim who is now a co-owner and chef at Gochu, a much-loved Korean restaurant in Auckland’s Commercial Bay that is famous for its innovative Korean-inspired Kiwi cuisine.

“What I love most about being a chef is seeing customers love my food. Being a Korean chef trained in a Western culture kitchen hasn’t always been easy, but I like being able to show the community what Korean cuisine is all about and watch people enjoy the food we serve.

“My role is a mix of creating dishes, training other chefs and serving customers, and I like the variety this career offers.”

Before opening Gochu in June 2020, Jason honed his culinary skills in a number of Auckland’s best restaurants, including as a head chef at Sidart and as a sous chef at Cassia.

The journey towards becoming a chef
He had always known that he wanted to be a chef, says Jason who grew up watching his parents in their small restaurant in Birkenhead, an experience that inspired his passion for Korean cuisine and food in general.

“Being a chef was my dream career, and I decided to enrol in AUT’s Diploma in Culinary Arts because I wanted to learn from the best hospitality school in Auckland.”

Jason, who graduated from AUT in 2008, had many highlights throughout his two years at university.

“I enjoyed my time at AUT but one of the highpoints for me was my final semester in the Diploma in Culinary Arts. We had the chance to serve our own ideas of food to customers, which was a great opportunity to experience real life as a chef before graduating from university.”

“My advice is to love what you’re doing and never give up.”

He still strongly remembers his university days, despite now having worked as a chef for more than a decade.

“One thing that I still remember today is one of my AUT culinary arts lecturers telling us ‘When you plate a dish, every garnish needs to be identical’. I still remember this today and the memory is in my head every time I’m plating.” 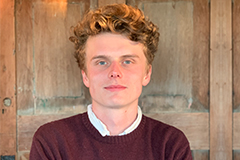 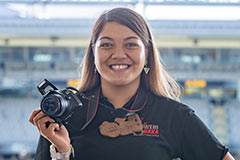 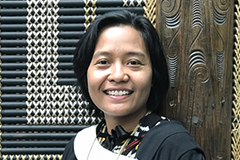 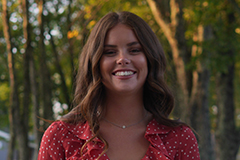