The late Professor John Moorfield’s impact on te reo Māori is hard to quantify. It can be found in a range of print and ditigal resources chartering the future of the spoken language. The digital language revitalisation application Kupu, created out of a partnership between Spark, Google and AUT’s Te Ipukarea research team, is just one example.

Kupu, gifted to New Zealanders for Māori Language Week 2018, puts technology, connectivity and data together to enable people to take photos of everyday objects and see them translated into te reo in real time. It promotes the use of te reo by presenting nouns and adjectives and associated audio-files for pronunciation from the Te Aka Māori to English, English to Māori Dictionary, authored by Moorfield.

Moorfield – a Pākehā who developed a love of te reo at St Stephen’s School as a child – made a financial decision in the 1980s that played a big part in his lifelong mission to make accurately spoken te reo teaching tools widely available. That decision was to direct royalties from the sale of his popular Te Whanake learning materials into a charitable fund.

The Te Whanake Fund, administered by the AUT Foundation, shored up the momentum of the productive Te Ipukarea research institute he helped set up at AUT in 2008. The small team of seven academics in Te Ipukarea punches above its weight, producing a vast range of widely used books, dictionaries, study guides, teachers’ manuals, educational TV shows and digital tools. The sale of these on the Te Whanake website continue to feed the fund, which is accessed to further develop language teaching tools.

But it was always Moorfield’s belief that resources should be accessible and free wherever possible. Te Aka, Moorfield’s comprehensive Māori-English, English-Māori Dictionary was published online in 2006, and experienced 2.3 million unique visits last year, a 30 percent increase on the year previous.

Moorfield’s loss is felt greatly by his colleagues at Te Ipukarea who continue that work. Professor Tania Ka’ai wipes her tears as she speaks about the legacy of her colleague, mentor and friend. She would visit him in hospital and at his home in Hamilton, and explains he worked on his precious resource right until the end.

While the fund hasn’t been the sole – or even the main – source of research and development income for the institute, it has given it ‘wiggle room’, as the team continued to build the Te Whanake resource series, says Ka’ai.

“I want to call it a lifeline,” she says. It’s been there alongside them to ensure the continuous survival and development of the team’s important work.

"It’s a lovely fund to be there – it’s not to be exploited – it’s only there to support a te reo initiative that we can’t fund through our core business,” she says, but it’s particularly useful on the occasions that funding opportunities and capacity don’t keep pace with what the team wants to achieve.

The reason behind Moorfield’s selfless decision to channel the proceeds of his work into Te Whanake was his gratitude to the people who guided him and fostered his love for and capability in te reo, Ka’ai explains.

“He saw himself as an ordinary man who was privileged to have a series of mentors who took him under their wing, so this is his gift back to say thank you and acknowledge all of those people – some who are still alive like Te Mute, and others who have passed on.”

It started with Hoāne Waititi who noticed his talents at St Stephen’s School and took him under his wing, exposing him to the Māori world, and later in his academic career, by leaders such as John Rangihau, Ngoi Pewhairangi, Sir Timoti Kāretu and Te Wharehuia Milroy.

"John was committed to seeing the Māori language flourish", says Ka’ai. "His greatest love of all the resources was his dictionary and without a word of a lie, he worked on this every day of his life since it was first conceived."

The fund is accessed sparingly, and always with the due diligence applied by the trustees at the AUT Foundation to ensure its use meets the charitable purpose for which it was established. Recently it has been used for such things as a hui of national reo experts, a professional recording of 6,800 new words to add to 18,000 audio files of spoken words already in the Te Aka dictionary, and the purchase of recording equipment to document and preserve spoken language. There have also been opportunities to support innovative projects that may have found it hard to attract funding from other sources – like a language series called Tōku Reo, played on Māori TV.

Ultimately, the Te Whanake Fund has given Te Ipukarea breathing room and enough independence to continue its forward momentum when needed. Talking to Ka’ai, you are left in no doubt that her team still has plenty to do. And the Te Whanake Fund will be there for the journey, quietly providing certainty and backup when worthy projects could falter due to funding priorities.

There’s a sense that knowing the fund was always there has also given Te Ipukarea team the freedom to dream big, and invest energy in uninhibited visions. Ka’ai, who describes her role as the ‘think tank – the innovator’, says there is now a bank of projects she and Moorfield discussed before he died, for which she has his full support. “When John was alive, we’d talk about it. We’d say 'we can use the fund for that'. But we also wanted to keep the fund healthy.”

The collaboration for Kupu pleased Moorfield in his final days, Ka’ai says, with its potential to broaden everyday access to correct usage of te reo. The Te Ipukarea team is also quietly anticipating a spike in the sale of Te Whanake resources thanks to traffic driven to Te Aka through Kupu, which can be used to fund future te reo Māori projects. 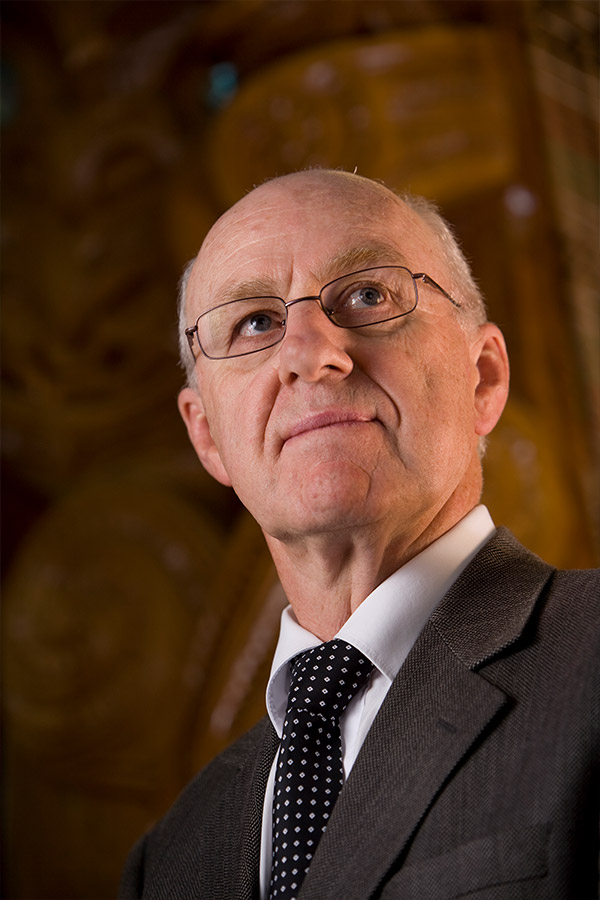 “Pāpā John invested in te reo, believing that it had given him so much in his life, and wanting to give back. It is a little known fact that he didn't take any of the royalties from his work, instead he established a fund for future te reo Māori projects. Pāpā John looked for opportunities to make his resources more accessible, utilising technology to reduce the cost for students. Where possible, his resources are free to access.

“He worked tirelessly right up until the end. In his final weeks Pāpā John was still giving to te reo, in fact, he gave everything he had left. Even when his body was growing tired, he was working on a project that will be his final gift to te reo, his beloved dictionary.”

Te Aka, Moorfield’s comprehensive Māori-English, English-Māori Dictionary published in 2005 was turned into a website in 2006. It is the site that appears at the top of any Google search and is experiencing exponential growth. It shows 30 percent increases in visitor numbers each year – currently averaging 2.3 million unique visitors a year.

The dictionary now has 22,800 headwords and has doubled its entries since 2011. Te Aka is broader than the traditional Māori dictionary as it includes encyclopaedic entries, explanations and key concepts central to Māori culture, explanations for grammatical items, idioms and colloquialisms, photographs, audio recordings for pronunciation and identification and example sentences.

Audio recordings of more than 18,000 headwords are by Te Wharehuia Milroy and Te Haumihiata Mason – both native speakers of te reo.

The licence for the dictionary has been gifted to Dr Rachael Ka’ai Mahuta and Dr Dean Mahuta, who will continue its development.