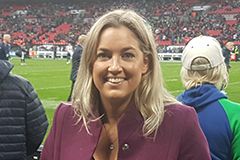 She loves that her career enables her to be involved in sport, says journalism alumna Maryke Penman who now specialises in sport PR.

“My dream was always to play sport at the highest level and compete on the world stage. It’s only recently that I’ve made peace with the idea that I won’t be involved in international sports as a player. I’ve found that my career gives me just as much satisfaction, pride and enjoyment as if I was out there competing myself. We really are part of a team behind the teams, and walking into the stadium on match day gives me the same adrenaline rush as when I was walking in as a player.”

Currently splitting her time between her role as the Rugby World Cup communications manager and running her own PR agency, Maryke is proud of what she has achieved in her career so far.

“While it has been an amazing experience working on global events like the Rugby World Cup, London Marathon, NFL London Games, ICC Champions Cup – and to have had the privilege of travelling to some remarkable places with my work – the thing I’m most proud of is having the courage to start my own specialist PR consultancy.

“I founded PlayMaker PR during the COVID-19 lockdown when I was living in the UK and planning my return home to New Zealand. I did my due diligence and felt that I had identified a gap for a specialist sports PR consultancy here in New Zealand. With the ICC Women’s Cricket World Cup, Rugby World Cup 2021 and FIFA Women’s World Cup all being hosted in New Zealand it felt really fortuitous. I felt that my experience not only working in sport, but as an athlete, gave me a point of difference.”

She feels proud to have been able to work as part of the Rugby World Cup 2021 team at NZ Rugby, while at the same time growing PlayMaker, and says she is grateful for the support of her family and her partner.

Supported to thrive
Deciding to come to AUT to study journalism was easy, Maryke says.

“The journalism degree was recommended to me by my high school careers counsellor, and I knew students who were in their second and third year in the degree. It had a great reputation as one of the best programmes for aspiring journalists. I also had the privilege of being granted a sports scholarship through netball, which sealed the deal.

“The friendships I made in my final year were one of the highlights for me. The journalism major was renowned for being fairly brutal and high pressure, and rightly so, to prepare us for a fast-paced career in the media. We really bonded over that and there was a feeling of being together in the trenches. There were many late nights spent in the newsroom together. At one point, the side of the newsroom between the desks became a makeshift cricket pitch. Someone would always have a ball with them and we’d chuck it around to let off steam in between deadlines.”

She says there was one lecturer who made a particularly strong impression on her.

“I remember having a meeting with Dr Helen Sissons, one of my journalism lecturers. I had been working on a feature for my final assignment, exploring the fitness supplement industry, in particular pre-workout supplements. Some were found to contain DMAA, the same ingredient found in party pills, but in much higher doses. I was so hot on the story that I had over-researched and was struggling to condense it all down. Helen gave me some really good advice and enabled me to see the story much more clearly. She also connected me with the editor of the Sunday Star-Times so I could pitch him the story. Her belief in me was a huge turning point.”

“Don’t waste your energy comparing yourself to others. You’re on your own journey and you have your own unique talents and insights that you bring to your studies. It can be really hard, especially if you’re a competitive person, to stay focused on your own path and there’s nothing wrong with striving to be your best. But don’t let other people’s successes distract or discourage you. Believe and trust in yourself, and run your own race.”

Don’t forget to enjoy the university journey, she adds.

“Stop, have a beer with friends and make the most of those moments because they won’t come around again.” 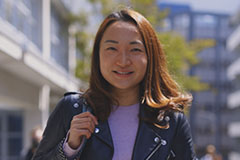 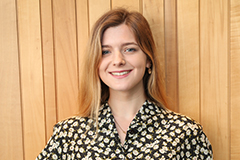 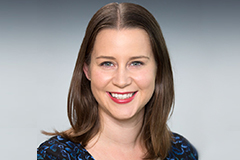 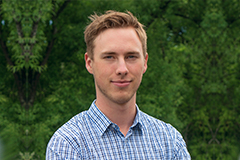