To build social cohesion, our screens need to show the same diversity of faces we see on the street

The large number of arrivals from across the Pacific region has given Auckland the largest Pacific Islander population of any city in the world. Almost one-quarter of Auckland’s population is now classified as Asian. This itself is a catch-all term for a wide range of peoples and cultures covering half of humanity.

But while diversity in New Zealand is greater than ever, there is a gap between the society we see around us and what is reflected on screen.

In 2011, when I started my research, there were a few films made by and about migrant ethnic peoples in New Zealand. There was Leon Narbey’s beautifully shot Illustrious Energy (1988) about Chinese miners in the South Island, and Sima Urale and Shuchi Kothari’s Apron Strings (2008), a double story about an Indian and a Pākehā (of European descent) family in South Auckland.

There were also several short films with scarce publicity, and I came across television programmes such as Asia Downunder (1994-2011) and An Immigrant Nation — Footprints of the Dragon (1994).

In recent years, there have been more screen productions by New Zealanders of migrant ethnic descent that attempt to represent a wider range of social and cultural experiences among the contemporary population. But overall it is evident that New Zealand’s national cinema and television has so far included Pākehā and Māori films and, to a lesser degree, Pasifika films.

This includes movies of international acclaim, such as Whale Rider, The Piano and Taika Waititi’s The Hunt for the Wilderpeople, but we do not see faces, images, voices and stories of all diverse communities on New Zealand screens.

Diversity and inclusion through screens

Representation of diverse communities on screens means recognising a wider range of social and cultural experiences in contemporary society. It also means acknowledging that New Zealand audiences are more diverse than ever. Screens and media are the platforms that can increase the visibility of migrant ethnic communities in New Zealand society.

Following the Christchurch mosque attacks, New Zealanders engaged with the Muslim community, regardless of their own ethnicity, faith, gender, and all other identity markers. We have observed a sudden shift in coverage of migrant ethnic peoples in New Zealand media. This reminds us of the ways in which screen and media play a significant role in creating a sense of inclusion and construction of identities for migrant ethnic groups in New Zealand.

For young and old New Zealanders, seeing the faces they see around them reflected on screen builds a sense of social and cultural connectedness, a sense of belonging to a land they (may) want to call home.

In 2017, I curated and directed the (In)Visibile New Zealand Film Festival, mainly in collaboration with the Hamilton Film Society in the Waikato region. It was a first of its kind and aimed to explore and showcase New Zealand’s diverse onscreen landscape. The discussions after films pointed at the lack of socio-cultural and ethnic exposure and awareness among New Zealand audiences. The common theme that emerged from audience responses was the feeling of confrontation.

For a long time, New Zealanders’ imaginations, beliefs and assumptions have remained largely unchallenged. The Christchurch attacks have stirred the awareness of many New Zealanders. Among them are migrant ethnic groups in New Zealand who might prefer to be more visible. It is possible to create a sense of solidarity and inclusion, but only if we do not let absence, (convenient) unawareness and assumptions cloud our horizons.

The way forward is to create more exposure and carve out more spaces for images and stories of peoples from all backgrounds who live in New Zealand. This will help develop new perceptions as well as cultural consciousness for the generations to come.

We have heard many times that creating social cohesion is the answer to the challenges that arise from diversity. To create social cohesion, we need to create the space where our stories are told, where our voices are heard, where we create new memories and histories together. The migrants’ children in this land will tell stories that will reflect their lives in contemporary diverse New Zealand life.

As more people from different backgrounds commit to a future in New Zealand, some feel the need to reflect publicly on their experience of inclusion or exclusion. The desire to shape their related experiences and perspectives into various films will help make New Zealand screens more inclusive. Not having a representative presence on New Zealand screens means peoples from different origins have not yet claimed their public space. 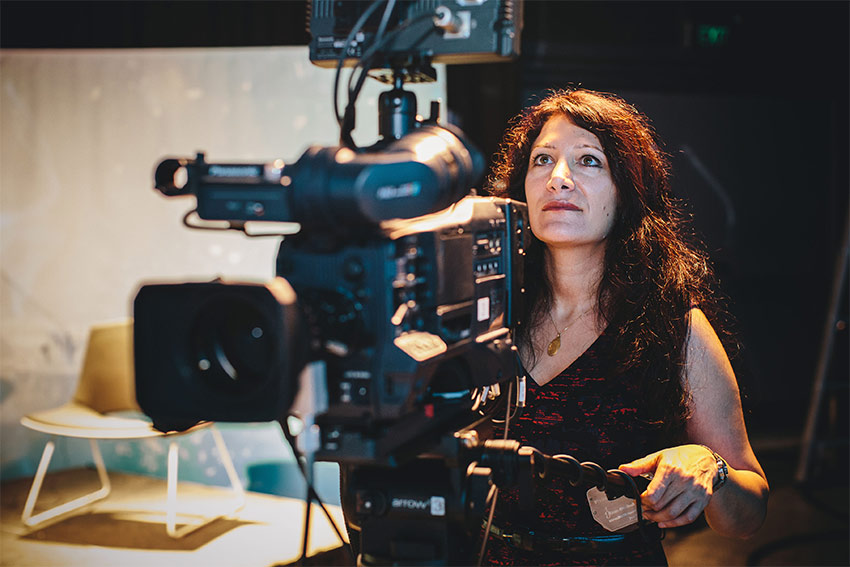 This opinion piece was first published in the conversation.