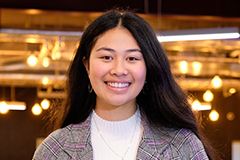 She loved making a documentary as part of her Māori media degree, says Stasia Wharepouri who came to AUT to study a Bachelor of Māori Development in Māori Media.

“A favourite highlight of my studies was creating a documentary with my friends on how attitudes towards te reo Māori can hinder its growth. We produced, filmed and edited our documentary over 10 weeks, which was fun and stressful at the same time. We were able to complete the film in the nick of time, and I was extremely proud of the project and with the A+ grade we received.”

In addition to the interesting media projects she got to work on, Stasia was also inspired by the academic staff teaching her throughout her studies.

“A huge inspiration of mine is Dr Jani Katarina Taituha Wilson who lectured me throughout all my years at university. She showed me to think critically, and also how to work hard. As a young Māori woman, being able to see another Māori woman who has achieved so much was and still is inspirational. She always pushed me to do my best, which I have and always will appreciate.”

Finding the right path
She had long been interested in creating stories, says Stasia whose studies were supported by a Peter Harwood Scholarship, a Ngāpuhi Education Scholarship (Undergraduate) from the Ngāpuhi Rūnanga Group, as well as a Frances Irwin Hunt (Art) Scholarship from the Māori Education Trust.

“I had been interested in media and creating my own stories for a long time, and I decided to study at AUT because I knew it was the best hands-on university in Auckland.”

After initially planning to enrol in AUT’s communication studies degree, Stasia realised that the Bachelor of Māori Development was the perfect fit for her when she attended AUT’s open day.

“At first I was looking at studying communication studies, but after attending the AUT open day, AUT LIVE, I ended up at Te Ara Poutama, AUT’s Faculty of Māori and Indigenous Development. There I discovered the Māori media degree, which combined my love for media and the Māori culture. I knew immediately that this was the degree for me.”

Making a difference to Kiwis
Since graduating from AUT at the end of 2019, Stasia now works for Kiwis for Kiwi, a New Zealand-wide charity supporting Kiwi conservation projects.

“I enjoy being able to work for an organisation that is dedicated to the endangered Kiwi bird. I’m very privileged to work with people who are so passionate and truly care about their jobs. Being a part of an organisation that has a clear goal and is actually making a difference in the world is very rewarding.”

With many of the organisation’s projects being Māori-led, Stasia enjoys being able to draw on the understanding of te ao Māori she developed throughout her studies at AUT. 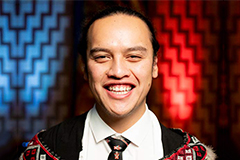 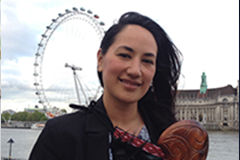 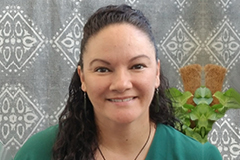 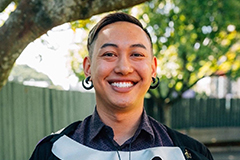