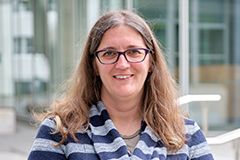 She has long been interested in the Japanese language, says Rachael Johns who is currently completing a Bachelor of Arts in Japanese Studies.

“My interest in Japanese started when I took up kendo and naginata – two Japanese martial arts –and continued when I became interested in a number of different Japanese bands. I started by learning a bit of Japanese by myself, and found that I loved it so much I wanted to study the language properly.

“I have friends and family who had been to a number of different universities, including AUT. After talking to them, it consistently came up that AUT is the university with the most student-focused approach. The fact I could also fit in a creative writing minor as part of my Bachelor of Arts was also a huge drawcard, as being able to merge two completely different creative activities really appealed to me. I decided that AUT would be the best fit for me; in fact, it was the only university I applied to!”

Rachael already has a good idea what she would like to do once she finishes her studies.

“I actually have two career paths I’d like to pursue. I have a real love for languages, and the differences and difficulties in translating between the two, so translation is something I would like to pursue in the future. However, I’ve also discovered that I get real enjoyment out of helping others try to understand different aspects of learning a language, so teaching Japanese is something I’m also genuinely interested in.  AUT also offers a language teaching option, which I’ve now included in my own studies.”

Supported to thrive
She would 100% recommend the Bachelor of Arts in Japanese Studies to others, says Rachael who received a School of Language and Culture award for being one of the top students in 2019.

“The teaching staff are all incredibly experienced, knowledgeable and approachable. As well as this, they make our learning environments relaxed and enjoyable, making sure that we’re given every possible opportunity to succeed.

“The classes are small and interactive, so we don’t just have the opportunity to succeed academically, but also have the chance to build strong friendships with our classmates. For someone like me who is incredibly shy, this has been particularly appreciated. It’s also very rewarding to be able to see real progress in my ability to hold conversations in Japanese, and to be able to watch Japanese shows and movies without having to rely on subtitles.”

Being selected to go on the North Asia Centres of Asia-Pacific Excellence study tour to Kanazawa has been one of the highlights of her studies so far.

“This was an expenses paid, two-week trip to Kanazawa in Japan to take part not only in immersion Japanese language classes, but to also explore the city of Kanazawa and all the unique cultural activities it has to offer. We stayed with host families, which gave us an authentic experience, and meant we were able to use the language skills we were learning every day.”

“My advice is to take advantage of the opportunities available to you. AUT’s academic staff are amazing, so make sure you listen to their advice and then tailor it to suit your own learning style. If you have questions, don’t be afraid to ask. And if you can, try to organise a study group of people you can work well with. It’s amazing what a difference having a good group of people around you can make.”

Studying during the COVID-19 pandemic has had its challenges, she admits, but there has been plenty of support for students.

“This year was a lot more difficult due to the extra challenges, and this was exacerbated by the fact I have three young children that I was helping to home school during the lockdowns, while also trying to keep up with my own study.

“Every one of my lecturers went out of their way to make sure we were able to continue, both on a whole class level, as well as on an individual level. Even though they were all very busy, if I had a question they were all quick to reply to emails, taking the time to explain difficult concepts. They have been a key influence on the type of language teacher I’d like to be.” 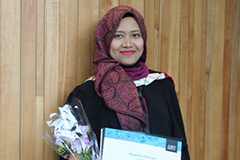 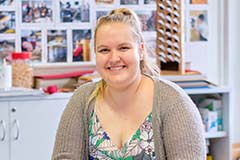 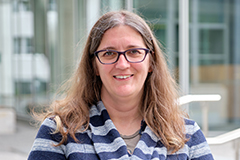 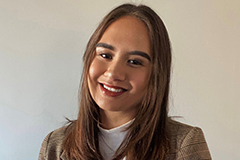