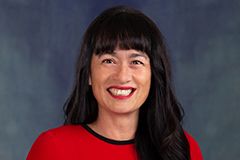 Member of Parliament
Bachelor of Laws

Being a politician is a job like no other, says AUT law alumna Marja Lubeck who is now a Member of Parliament.

“It’s a great privilege to get the chance to represent people on the issues that matter to them; identifying what should change and how to make things better. Standing up for the more vulnerable in our community, giving people a voice and bringing their issues to the attention of decision makers is something I’m very proud of.”

Being part of the Education and Workforce Committee has been a particular honour, Marja says, and she enjoys being able to draw on her background as a union representative to contribute to this select committee.

“Because I know how employment law affects people and have very closely experienced the devastating effect losing their jobs has on people, I understand how important it is to have employment legislation that addresses the imbalance in the working relationship. Making improvements in that area of legislation has far reaching consequences for many New Zealanders and I hope ultimately will contribute to reducing inequality.”

The journey to politics
A career in politics wasn’t always what Marja imagined for herself.

“I started flying as an international flight attendant for Air New Zealand in 1996, and became actively involved in the flight attendant union, FARSA, a little later. In 2008, I was elected as president of FARSA and ended up serving four consecutive terms as president.

“In 2015, when FARSA merged with the Engineering, Printing and Manufacturing Union (EPMU) and the Service and Food Workers Union (SFWU) to become E tū, we became affiliated with the Labour Party.”

Her own foray into politics came in 2017, Marja says.

“In early 2017, I was asked to help get the party vote out in Rodney. After a change of leadership during the 2017 elections, the result of the vote was higher than expected, and I entered Parliament as a list MP.”

The knowledge to make a difference
It was working for the union that first inspired her to study a law degree, says Marja who completed her Bachelor of Laws in 2014 and was on the dean’s list for her achievements in the Civil Litigation, Arbitration and Dispute Resolution paper.

“At the time of the financial crisis of 2007/2008, many of our union members were part of restructuring and redundancy processes, and I wanted to know what lawyers know so I could best represent them. AUT had just introduced its law degree, so in 2009 I was one of their foundation students.

“It was my first time in tertiary study and I particularly enjoyed the collegiality with fellow students and the cooperative nature of the workshops. I made some friends for life during my time at AUT.”

She appreciated the focus on working together, collaboration and cooperation, Marja says.

“There’s of course always the individual effort required, but many papers involved workshops and group work. It’s a better world when it’s not just about the individual, and when working together as a team is celebrated as well. It’s not just about being a young person fresh out of school, gunning to be part of the top 10%. It’s about diverse groups of people doing research, learning from lecturers, learning from each other and working together.”