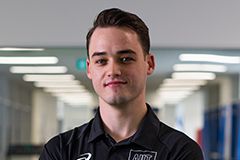 He loves applying his skills to make a difference to people’s wellbeing, says health sciences alumnus Jordan O’Connell who is now a podiatrist at Speights Podiatry.

“I’m responsible for diagnosing, treating and preventing conditions of the lower limb. Meeting and conversing with people from all walks of life is an enjoyable element of working as a podiatrist. However, what I love the most about podiatry is having the ability to improve people’s quality of life through the many modalities podiatry has to offer.”

In his role now he constantly draws on the skills he developed throughout his time at university.

“Studying at AUT gave me the skills to practise as a podiatrist, but more importantly it gave me an awareness of the ever-prevalent social injustice towards Māori and Pacific people in our healthcare system. I hope to be able to put more emphasis on involving cultural beliefs and views into all elements of my practice. In the long run, I hope to influence others on the importance of such principles to better improve patient outcomes.”

Finding his path
He initially planned to become a police officer, Jordan admits.

“After I’d left high school, my plan was to become a police officer. I picked up a full-time job in a shoe store while waiting for my application with the police to be confirmed. It was there that a colleague of mine, who was in his final year of studying podiatry, made me consider podiatry as a career choice. I hadn’t heard much about podiatry before, however I had a passion for helping people and, after many lengthy discussions with my friend and family, I decided to apply for the Bachelor of Health Science (Podiatry).”

It didn’t take him too long to discover which area of podiatry particularly interested him.

“I think it was early in my second year that a lightbulb blinked in my mind about where I wanted to go with my career. We were covering what the high-risk side of podiatry looks like, and once we began to expand on diabetes and its effects on an individual’s quality of life, I knew that was the area I wanted to get into. Not only is it ever increasing in Aotearoa, but it’s also continually rising among Māori and Pacific people. I hope to one day be able to spread awareness and continually educate people on the matter.”

An enjoyable university journey
The people he met and the lecturers who taught him were the highlights of his time at university, Jordan says.

“As podiatry is quite a niche career choice our class was reasonably small, so this made it a lot easier to get to know everyone on a more personal level. Then there were the lecturers. Their wealth of knowledge and expertise gave us the foundation and exposure to the different pathways podiatry has to offer. They were awesome teachers and mentors who helped make the university journey seamless.

“Another highlight for me was the clinical placement during our final year of study. As it was an unsettling time with COVID-19 and the lockdowns hitting us, it wasn’t guaranteed that we’d be able to go ahead with our clinical placements. However, a stroke of luck and the incredible kindness and understanding of our placement hosts enabled us to participate in clinical placements and gave us some experience in what everyday podiatry looks like. That was nothing short of amazing.”

For Jordan, studying at AUT was some of the best years of his life.

“I’ve been fortunate enough to take away long-lasting friendships that I’ll forever cherish and be grateful for. My AUT experience was very much family-orientated. My advice to future students is to make the most of every opportunity and enjoy the experience because time flies when you have fun.” 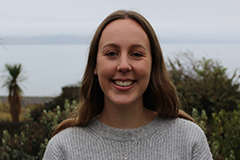 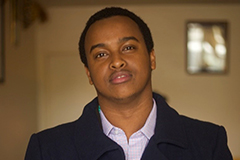 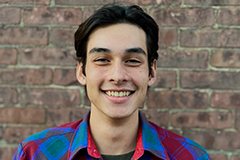 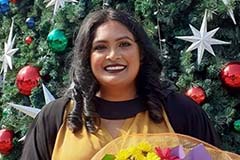