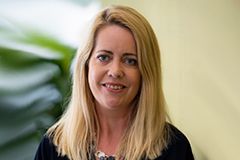 Working for an organisation that was built on purpose and a not-for-profit ethos is important to her, says Joanne Mahon who leads the communications and brand division at Southern Cross Group.

“Our purpose of inspiring Kiwis to advance their health and wellbeing means that everything we do is focused around this.

“One part of my role is looking after traditional corporate communication functions such as PR, media relations, corporate social responsibility, internal communications, government and stakeholder relations. The other is leading the brand strategy for the group. We’re made up of two separate entities that share a name and a brand, so my role is about ensuring cohesiveness and alignment in our marketing and communications activities, and how we serve Kiwis from an experience perspective.”

In Joanne’s role, no two days are the same.

“The variety my role offers keeps things interesting, and leading a team that spans the entire group means we deal with a range of stakeholders and get to work on some pretty amazing projects.”

A rewarding career
Before joining Southern Cross in 2016, Joanne worked in a wide range of communications roles and companies, from Fonterra to Bupa in both the UK and New Zealand, and New Zealand Trade and Enterprise to Deafness Research UK.

A career highlight she is particularly proud of is leading an employee volunteer initiative for a UK organisation, sending 60 volunteers to a rural area in Thailand to rebuild and renovate an orphanage over a six-week period.

“As it was a global business with people travelling from Australia, the US, Europe and places in between, while we organised it from London, the logistics were pretty complex. It was to celebrate the organisation’s 60th anniversary, hence the 60 volunteers. Seeing the amazing impact we had on the children, and the engagement of our people, has stayed with me since.”

Her advice for other students considering a career in communications is to make the most of networking opportunities.

“Seize every opportunity that comes your way – you never know what it might lead to. This also applies to every event you attend; treat it as though it’s a job interview. I’ve landed two of the most important roles in my career through people I sat next to at events.”

The road to success
While she has gone from strength to strength in her communication career, Joanne admits that her initial career choice was a little different.

“I wanted to be a vet for a long time but found I enjoyed writing and English a lot more than maths and science, which were the focus of preparation for vet school during high school. I then decided to focus on what I really enjoyed, and began to explore journalism as an option.

“The AUT Bachelor of Communication Studies was the only communication degree of its kind in New Zealand at that time and it was highly sought after, so deciding to study at AUT was easy. It was actually AIT (Auckland Institute of Technology) when I started my studies, but it became a university in the year 2000 and I was one of the first students to graduate from AUT.”

Having graduated in 2001, Joanne still fondly remembers her time at AUT.

“The camaraderie among the students, and the friends and professional connections that I maintain to this day were the highlights of my time at AUT. I think there were only around 120 students in our year, so we all got to know one another. There was a great balance of hard work with plenty of socialising. Getting a story published on the front page of a local newspaper – and seeing my byline for the first time – was pretty exciting too.” 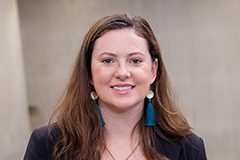 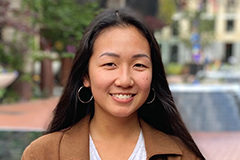 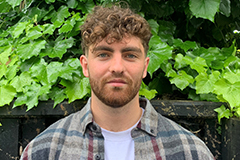