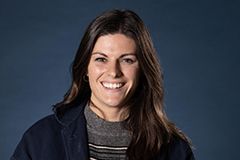 Being a producer means that every day is different, says communication studies alumna Georgia Hines who now works as a producer for both boutique ad agency UNCO and production company Southern Studios.

“One day I can be on a shoot in the South Island and the next day I’m in the office putting together a run sheet for the next shoot or running around picking up props. I like the process of seeing a project develop from an idea into something great.

“I’m so grateful to work with a team that is so supportive and encouraging of one another, and I’m constantly given the opportunity to learn and develop with every project as they’re all so different. I also love that I can be creative; brainstorming ideas for different clients, going to client meetings, organising talent, locations, consents and run sheets for shoots.”

Of the many projects she has worked on, her first major production for New Zealand Sotheby’s International Realty is a project Georgia is especially proud of.

“This was something I have been working on with Southern Studios for almost six months now and I’m so proud of how it’s turning out. Once it is released in a couple of weeks, I think it will really showcase what we can do for other clients and the future of Southern Studios.”

Making an impact
Before joining Southern Studios in 2020, Georgia spent several years in London where she helped to create bespoke campaigns for a number of global clients, including Booking.com, eBay, Cadbury, Breast Cancer NOW, Weight Watchers and Hasbro.

“I spent two years working for Global at Heart Radio in London as a branded content producer, which gave me a huge insight into the media and advertising industry in the UK and showed me areas where New Zealand has opportunities to grow.”

Her favourite projects were the ones that had the biggest impact, Georgia says.

“I was lucky enough to produce and help run events for Halfords to encourage and motivate children to be more active and get out on their bicycles around England. I also produced and organised the content and production for a campaign for Breast Cancer NOW as a radio series to create awareness and discuss all aspects of breast cancer. This sparked a lot of discussion and led to great awareness for the charity.”

Finding her path
For Georgia, the first step towards her current career was enrolling in AUT’s Bachelor of Communication Studies.

“When I finished high school, I was very unsure about what path to take. I did a lot of research and talked to a few people who had already studied communications at AUT and spoke very highly of it. A communications career was an opportunity to work in media and advertising, which interested me because you could be creative through a wide range of avenues.”

Her final year at university was her favourite, says Georgia who graduated from AUT in 2015.

“I majored in radio and we had a small class of around 30 of us, so we got really close. We had to run the Static FM radio station at AUT, and had amazing opportunities to experience creating ads for real clients, being on air and producing content. These opportunities inspired my passion and excitement for the media industry.

“I also appreciated that my third-year lecturers Trevor Plant and Dr Matt Mollgaard had a lot of great connections and they often had industry professionals come in to talk to us about their careers and what inspired them to get into the industry. I noticed that they all had a huge passion for what they were doing. I wanted to have that same passion for whatever I ended up doing.” 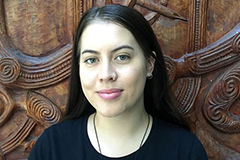 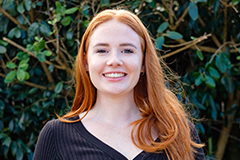 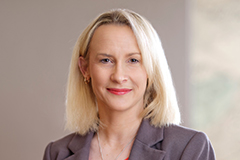 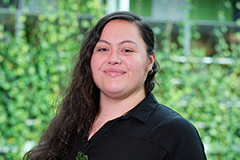