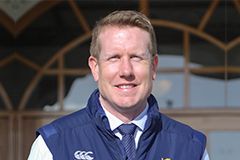 “Most people don’t realise how difficult it is to make it in sport, let alone compete on a weekly basis, so the pressure is slightly different for this group of kids,” explains Dave.

The Head of Sport at Auckland Grammar School has seen the number of obstacles children face trying to pursue a career in sport, having been involved in roles at grassroots level through to professional environments.

He is currently responsible for the strategy and management of 39 different sporting codes at Auckland Grammar School. At the renowned boys’ school, teachers look after sport teams in addition to their workload. Dave himself is also in charge of the sailing and golf programmes.

“I don’t go to every game but the cool part of my job is I get to watch and help develop sport. It also keeps me where I’d like to be which is helping kids in this area,” shares Dave.

Moving from Manawatu to Auckland for sport
“Sport is who I am and what I’ve always done and it has allowed me to build a great CV. Throughout my career I’ve tried to add different skillsets to my toolbox and AUT definitely contributed to that.

“I moved to Auckland as a budding 17-year-old for AUT’s sport and recreation programme and from there I completed the one-year graduate diploma in teaching,” says Dave, who was part of the first cohort of students to graduate from the School of Sport and Recreation.

Dave says AUT’s education was good as he was offered three positions straight after study. The next five years teaching at Rangitoto College gave him opportunities to continue learning and developing his skills.

He was able to apply the sport science aspect of his AUT degree to creating a specialist course at the secondary school to complement the physical education curriculum.

Basketball bound
While teaching, he used his time wisely. Dave honed his basketball coaching skills and was rewarded with the honour of coaching a number of New Zealand age representative teams including the New Zealand secondary schools, under 16s, under 17s, under 18s and under 19 teams.

Basketball proved to be pivotal in his career. After teaching, Dave became the Manager of High Performance for the New Zealand Breakers.

“There were some good times with good people at the Breakers and looking after the development of coaches and players was great. We won three championships while I was there but after five years it was time to get out of my comfort zone and move on,” says Dave.

The next five-year stint as CEO of Auckland Basketball was his biggest challenge but it is where he learned the most.

“I’m still involved with Basketball New Zealand as their under 14 national director. It’s a part-time role, which is responsible for running an annual camp with about 160 under 14 year olds. We take 40 from the camp to Australia each year to play in a tournament. This year was special as we were fortunate to take two kids, one girl and one boy, over to the NBA junior camp in Indonesia.”

Advice for the next sport and recreation graduates
Know what you want to get out of the degree before starting and always show initiative. On reflection, this is the best advice Dave has to offer students considering this pathway.

“You need to be willing to volunteer, give time and do extras. Start approaching people now in a code you enjoy and realise you’re probably not going to get paid but use the opportunity to develop and show your skills.” 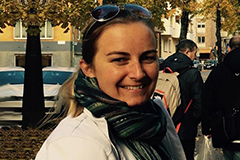 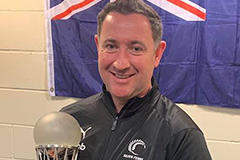 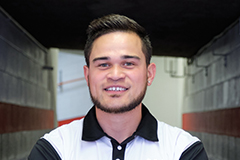 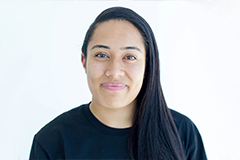