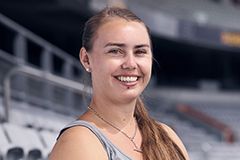 Senior Event Manager, Eden Park
Bachelor of Sport and Recreation in Management and Bachelor of Business in Marketing

When she joined Eden Park for her workplace experience in the final year of her degree, Chynna Laughton had no idea that this would be the start to an exciting career in sport event management.

“I’ve always been passionate about sport but I couldn’t really see myself as a PE teacher or a sports coordinator. In my fourth year at AUT, I was completing workplace experience at Eden Park and after only a short time in my placement I was sure I had found my future job. Prior to completing my workplace experience at Eden Park I hadn’t been aware that such exciting roles existed.”

Initially joining Eden Park as a marketing assistant, she quickly impressed her co-workers and was promoted to event manager within less than two years; an achievement she is very proud of.

“I was already dreaming of becoming Eden Park’s event manager when I was doing my workplace experience, but I thought that it would be a very long time until I was offered the opportunity.  However, thanks to the significant experience I gained at New Zealand’s national stadium, and with the support of our Executive Leadership Team, I progressed to the event manager role after two years at Eden Park and have never looked back.”

Bringing sporting events to life
Having now worked at Eden Park for over eight years, Chynna has had many achievements she is especially proud of.

“The 2015 Cricket World Cup was my first major event where I held a key role, and every game was unforgettable for me, especially the semi-final where the BLACKCAPS faced South Africa. Delivering my first All Blacks test match in 2018 was another personal highlight as I was tasked with ensuring 46,000 patrons entered, exited and enjoyed the match safely that evening.

“I’ve also been fortunate to pick up some awards along the way, including the EVANZ (Entertainment Venues Association NZ) Rising Star Award in 2016 and the EVANZ Operational Manager Award in 2019.”

“It was a project the team had been working on for a few years so to finally get the green light was an amazing achievement. Seeing current and new fans come to the venue for music entertainment was a great feeling and even better we were able to do it with a local band. With the rest of the world in lockdown we were headline news, named number one stadium in the world in Pollstar's international live entertainment rankings, and seen as a ‘benchmark’ for the industry.”

Putting skills to the test
Chynna, who graduated from AUT in 2013 with a Bachelor of Sport and Recreation and a Bachelor of Business, says she decided to study at AUT because of its approach to learning and teaching.

“I came to AUT because I knew it was highly regarded and AUT students gained workplace experience where they could apply the skills they had learnt. This was one of the elements that I really enjoyed about my studies; putting the skills I had learnt on campus to the test. I found this very rewarding and loved having the opportunity to experience more than one workplace through the different placements that were part of my degree.

“Another opportunity that arose from the student placements was being able to connect with potential future industry employers and colleagues. These positive connections continued into life after university and allowed me to create my own network and forge working relationships.”

Her advice to other students is to gain as much experience as you can.

“Always consider how will you stand out from your fellow graduates when it’s time to apply for your first job. Start gaining experience now. It may mean giving up your time volunteering but that will be a small sacrifice in your path to finding your dream job.” 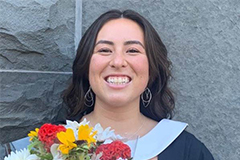 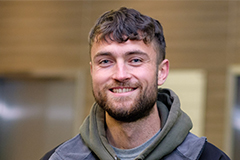 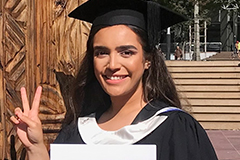 Braityn Callaghan
Bachelor of Sport and Recreation
Master of Sport, Exercise and Health 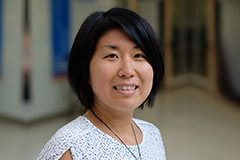