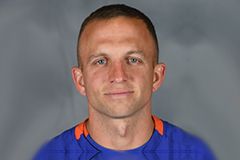 A former rugby sevens player himself, Dr Alex Ross enjoys using his understanding of performance and sport science to help athletes and teams achieve their best.

Throughout his career he has worked as a strength and conditioning coach and performance manager for some of the world’s top sport teams, including the Blues and All Blacks 7s in New Zealand, Los Pumas and Jaguares in Argentina, and the US national rugby team, the Men’s Eagles.

“There have been many enjoyable moments so far in my career. One that sticks out was my previous role as a physical performance manager with Argentina Rugby where I was a part of the process of the Jaguares Super Rugby team going from second last in the competition to runners up in three years. Every role I’ve had so far had different challenges and needs, but enjoyment from building systems and problem solving never gets old.”

Since the end of 2019, Alex has been applying his skills to support Major League Baseball team the New York Mets.

“As the New York Mets’ performance and sport science manager, I oversee our player development performance department, which consists of athletic training, strength and conditioning, rehabilitation, nutrition, sport science and mental performance. It’s a very challenging but incredibly enjoyable role as we have upwards of 40 staff in our department tasked with ensuring that over 200 players are physically and mentally prepared.”

A closer look at rugby sevens
In his work now he often draws on the skills he developed throughout his doctoral research, says Alex who came to AUT as an international student from the US to enrol in a PhD in strength and conditioning; a qualification he completed in 2015.

“My PhD investigated the relationship between physical qualities and playing performance in elite men’s rugby sevens. At that point, rugby sevens had just been announced as an Olympic sport and there had been very little research conducted specific to sevens. I had always been fascinated by the transfer of physical qualities to sport performance, and saw sevens as an excellent opportunity to pursue my curiosity. I had played sevens at a decent level myself but felt I could have achieved more had I been more specific with my training.”

AUT’s strong reputation in the field of sport science made it easy for him to decide where to study, Alex says.

“It was easy to choose AUT for my doctoral degree because of its strong ties to national and professional sporting agencies. My supervisors were Associate Professor Nic Gill and Professor John Cronin and I couldn’t have asked for two better people to guide me along.”

A collection of great people
Moving from the US to New Zealand to complete his PhD remains one of the best decisions he has ever made, Alex says.

“I loved the AUT Sports Performance Research Institute New Zealand (SPRINZ) and the many brilliant people there who were doing research in so many different areas; many of them working with some of the best athletes in the world. I enjoyed the applied and interdisciplinary approach to sport performance research. Above all of that, there was just an incredible collection of truly great people who only wanted to help.”

He believes that AUT’s approach to university education ensures that its graduates stand out from those of other universities.

“The programmes at AUT equip students with skills that translate to everyday settings and are highly desirable. I know I certainly continue to apply many of the skills I developed at AUT in my everyday work.” 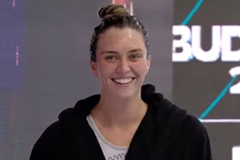 Jessica Milicich
Master of Business
Bachelor of Sport and Recreation 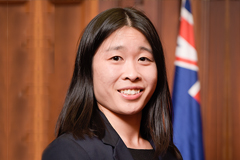 Sheryne Lok
Master of Business
Bachelor of Sport and Recreation 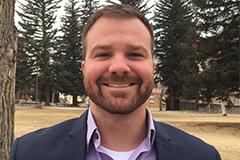 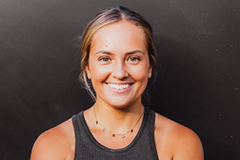