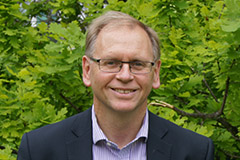 Growing up, Professor Geoffrey Craig always loved film and media, so it came as no surprise for him to end up in the industry. He started his journalism career at Reuters in Australia, focusing on finance and corporate reporting but also covering politics, sport and general news.

He always wanted to be an academic for the intellectual freedom and independence, so turned to academia after a few years. That was a good fit, as Professor Craig says he was always interested in the influence and processes of journalism as well as doing the job of reporting.

Professor Craig is from Australia, but has spent time working at the University of Otago, before he made the shift to the University of Kent in the United Kingdom. He moved back to New Zealand and started at AUT in September 2015.

He has published broadly across a range of international journals on topics relating to political communication, journalism, environmental communication and lifestyle politics.