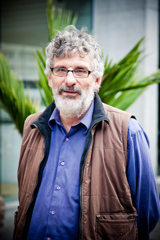 Social scientist Professor Crothers is concerned with trying to answer the big question: How is society organised? Fuzzy, not empirically-based thinking in this area dogs the discipline of sociology he believes and Professor Crothers’ concise research has seen his lifetime of sociological work recognised by The Sociological Association of Aotearoa New Zealand in 2008. He was also president of this association in 1994.

He Is currently on editorial boards for Current Sociology and The American Sociologist and recently ended a term on the International Sociological Association’s Book series editorial Board. As part of his support for community-based research Charles has been appointed Kaiārahi (Navigator) for Community Research, and is a senior research associate at the University of Johannesburg.

Recent research into Auckland has seen Professor Crothers trying to unearth the social structure of Auckland, although he won’t be drawn on whether the mayor or the Mad Butcher is really running the show. His thirst to understand what holds society together over time has involved studying how a wide range of social forms hang together to form the overall social structure including voluntary organisations (NGOs), social class inequality, poverty and social exclusion, neo-liberalism and its effects, economic power structures, occupations, organisations, communities, households, networks, life events, ideologies, voting and social wellbeing.