Simon McIntyre’s primary concerns in his practice based research lie within the field of painting. His work focuses on painting’s relationship to abstraction and the nuance of gesture while utilising photography, video and computer generated imagery to source motifs from both natural and constructed forms. Recent explorations include an interest in observations from daily sites and travels, translating the local into captured moments in paint. A 3-year collaborative project with Monique Redmond titled Mapped: site specificity, local environs and documentary was recently completed with the final exhibition, Legend at St Paul St Gallery at AUT University. 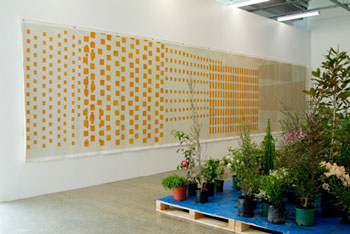