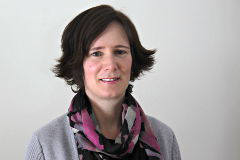 I completed my BSc and PhD in Chemistry at the University of Otago (PhD supervisors D. A. Buckingham and C. R. Clark), New Zealand. After a 6 month postdoc with Professor W. Buckel, Philipps University, Marburg, Germany, I accepted a prestigious Alexander von Humboldt Research Fellowship, to work with Professor R. van Eldik at the University of Erlangen-Nuremberg, Germany. I then spent a year as an NIH postdoctoral fellow working with Professor R. G. Finke at Colorado State University, USA. From 1998 to 2002 I was a Research Group Leader and the Rita Cornforth Research Fellow in the Research School of Chemistry, The Australian National University, Australia. In 2003 I took up an Assistant Professor position in the Department of Chemistry and Biochemistry at Kent State University, USA, and was subsequently promoted to Associate Professor (2008) and Professor (2013). In July 2014 I moved from the US to my current position in the School of Applied Sciences at AUT.

Subedi, H.; Brasch, N. E.* Mechanistic Studies on the Reaction of Nitroxylcobalamin with Dioxygen: Evidence for Formation of a Peroxynitritocob(III)alamin Intermediate, Inorg. Chem., 2013, 52, 11608.

Mukherjee, R. and Brasch, N. E.* Kinetic Studies on the Reaction between Cob(I)alamin and Peroxynitrite: Rapid Oxidation of Cob(I)alamin to Cob(II)alamin by Peroxynitrous Acid. Chem. - Eur. J., 2011, 17, 11723. Article featured on the journal cover.

Mukherjee, R. and Brasch, N. E.* Mechanistic Studies on the Reaction between Cob(II)alamin and Peroxynitrite: Evidence for a Dual Role for Cob(II)alamin as a Scavenger of Peroxynitrous Acid and Nitrogen Dioxide, Chem. - Eur. J., 2011, 17, 11805. Article featured on the journal cover.