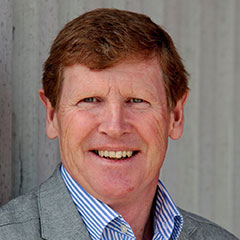 Mike Stanley has a long involvement in sport as a competitor, coach, commentator, management and leadership.

In 1993-2003 he was the inaugural CEO of Rowing New Zealand, before becoming CEO of AUT Millennium a position he currently holds.

Mike’s former roles has seen him act as a selector for NZ Olympic and Commonwealth Games teams and Chairman of the NZ Academy of Sport North Island. He was involved in the establishment of High Performance Sport New Zealand in 2010 and remains a Board member.

Mike has served on the NZ Olympic Committee since 2004 and has been President and Chairman of the Board since 2009. During this time the NZOC has undergone significant change to meet new challenges. This included relocation to Auckland after over 100 years based in Wellington.

In 2016, Mike was awarded the Companion of The New Zealand Order of Merit for services to sport.