A full season with Layne Waerea (2013 – )
afullseason.wordpress.com
facebook.com/northsidecivilencounters
Monique Redmond and Layne Waerea (Te Arawa, Ngāti Kahungunu) have been collaborating on various art projects since the beginning of 2013. Their collaboration is based upon shared conversations and appreciation of all things suburban, such as fruiting trees, streets, community clubs and everyday happenings. Both artists have an interest in events that occur in public spaces – often fleeting and ephemeral in nature – and events, which seek to question the politics and practice of artistic and cultural exchange in the public social. Their artworks are seasonally driven and usually involve some kind of exchange, making and doing.

Monique is an Associate Professor and Visual Arts Postgraduate Strand Leader in Art & Design at AUT University. Her art practice is formed primarily through collaborative and installation processes with a focus on the event as a durational space for everyday gestures of exchange, conversation and reciprocity. She is also enrolled in a practice-led PhD at Deakin University in Melbourne, Australia; her topic is The Event within Temporary Practices and the Public Social. 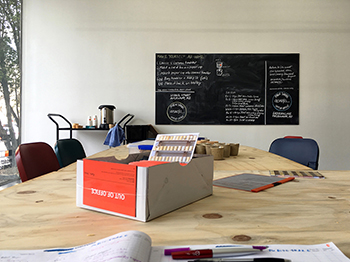 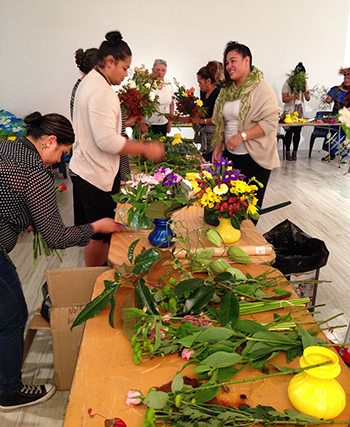 Current research projects are deeply bound in the conceptual terrain of materiality and sociality through processes of collaboration –and operate within the intersecting, internationally recognised frameworks of socially engaged and participatory art, performance and temporary practices. The ongoing nature of the idea of potentiality and contingency within the collaborative conversation is core to my research through social mechanisms of negotiation, conceptualisation, production and dissemination.
My artwork frequently culminates in the making of public events, which are staged as a hybrid between exhibition, installation and performance. In keeping with the collaborative, community-centred ethos of my practice in both process and outcome –these public events are designed to be presented in conjunction with local communities and assembled groups to actively engage everyday contexts in relation to the social, site and publics.

A FULL SEASON
–with Layne Waerea.

2009 AN EVENT OF SORTS: TREESPOTTING –collaboration produced over a 3-month period for a chapter in THREADED ED8, The Homefront. The project "chronicles an event of sorts; a drive-by shooting and an expedition; a treespotting outing undertaken over many weeks that documents an ongoing conversation between two artists seeking out the flowering of trees in and around our local suburban streets."

2013 As if you were bringing back dust from the moon. Curated group exhibition. Papakura Art Gallery, Auckland

2013. Janet Lilo in conversation with Monique Redmond, Artspace Auckland for the 5th Auckland Triennial, “If you were to live here…”. In-conversation series. Curated by Hou Hanru. 6 July 2013.