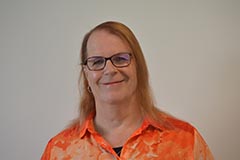 Lexie Matheson taught in the primary and secondary education service in senior roles (principal, deputy principal, HOD, STJC) for many years before moving into the performing arts where she worked as an award winning director, writer, actor, teacher and dramaturg in live theatre, dance, film, television and radio for three decades.

As well as working with all New Zealand's professional theatre companies and with Southern Ballet, Lexie managed Troupers Live Theatrix and Stage School and was Artistic Director of The Actors Company of Aotearoa New Zealand between 1980 and 1998. During this period a short-term contract with the Christchurch City Council morphed into nine years during which she was engaged as Inner City Promotions Manager in charge of festivals and events, Executive Officer to the Mayor and TQM Manager responsible for introducing quality management processes across the newly amalgamated councils before travelling overseas to study Shakespeare production in Europe, the United Kingdom, the United States and Canada.

On her return to New Zealand she took up an appointment at The University of Auckland where she was Business Manager of the Maidment Theatre for eight years during which time she graduated Master of Creative and Performing Arts with honours majoring in arts management. In 2006 she was appointed Senior Lecturer in Event Management at Auckland University of Technology where she created the first academic degree major in event management in Aotearoa New Zealand.

Lexie is a respected theatre critic with over 200 reviews spanning 1980 – 2016 available in various traditional media and online publications.

Currently ranked Shodan (1st dan, black belt) in Goju Ryu Okinawa Kan karate, Lexie also trains in Okinawan kobudo (weapons) and kyudo (gendai budō or 'the way of the bow'). Her PhD thesis is entitled 'Nana Korobi Ya Oki: Fall Down Seven Times, Get Up Eight', The History and Evolution of Karate in Aotearoa New Zealand'.

Lexie was honoured by the Crown in the 2016 Queen's Birthday Honours List where she was made an Officer of the New Zealand Order of Merit for her services to the performing arts, education and LGBTQI rights.

A selection of recent publications.