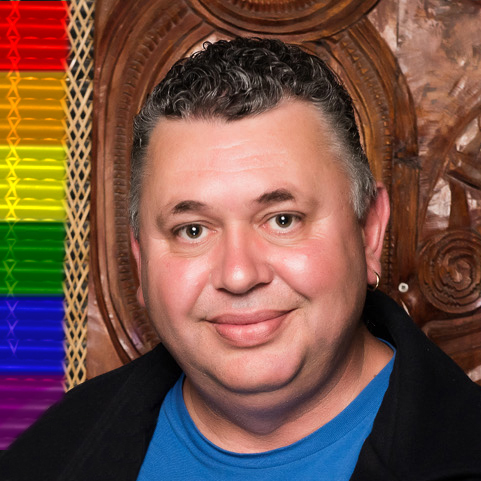 Logan Austin completed his BVA (majoring in illustration) at James Cook University of Townsville, Australia, 1989-1991, before gaining his Diploma of Teaching at the Christchurch College of Education, 1998. He then went on to further study at AUT University in Auckland, gaining his MA (Art and Design), in 2003.

Logan Austin is an illustrator/animator/designer who works as a senior lecturer in the School of Art & Design at Auckland University of Technology. Prior to this he worked as an illustrator and graphic designer from 1992 - 1999. His current research falls into three areas. 1. Co-working on animation project with colleague, Lesley Kaiser. This has resulted in international exhibitions of animation in France, Russia and Greece. 2. The researcher has utilized digital paintings to widen his knowledge of gay New Zealand Leathermen, an area which has been poorly represented in the arts. This has resulted in both local and international exhibitions and international outputs, including a conference presentation in Rome, and an article in “The International Journal of Social, Political and Community Agendas in the Arts. 3. More recently, his research has moved in focus. He now researches audience immersion and experience design relating to concerts held in in Auckland Stadiums, Arenas, and Theaters. In 2017 he held workshops on audience immersion and experience design to groups of post graduate students and industry professionals in China. He was also an invited speaker at the International Conference on Design in Transition, Jiangnan University, Wuxi, China. At the Auckland University of Technology’s prestigious “Excellence Awards 2017”, Logan received the Vice Chancellor’s award for “Individual Excellence in Teaching”.

Paper leader and course creator of 1st year Materials & Media 1&2, covering design for print publication and digital ePubs for ipad and interactive display. Paper leader and course creator of 2nd year Materials & Media 3, which covers 2D animation and video editing. Strand tutor for 2nd year Communication Arts which covers a combination of photography and digital painting. Supervision of 3rd year students with the research design paper. 2nd year leader for past 3 years, prior to that he was 3rd year leader for 5 years.

Supervision and examination of post-graduate students for both the Honors and Masters programs, 2012-2016.