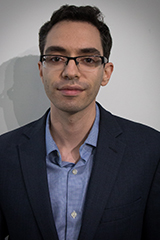 Leonid Sirota joined the AUT Law School in 2016, after completing graduate studies at the NYU School of Law. He had previously served as a law clerk at the Federal Court of Canada, and graduated from the McGill University Faculty of Law (with degrees in both civil and common law). His research and teaching focus on constitutional law and theory and related areas, such the law of democracy and the judicial power. In addition to scholarly writing, he is the creator of the Double Aspect Blog, named Best Canadian Law Blog in 2014 and runner-up in 2015, and a contributor to several other legal blogs.