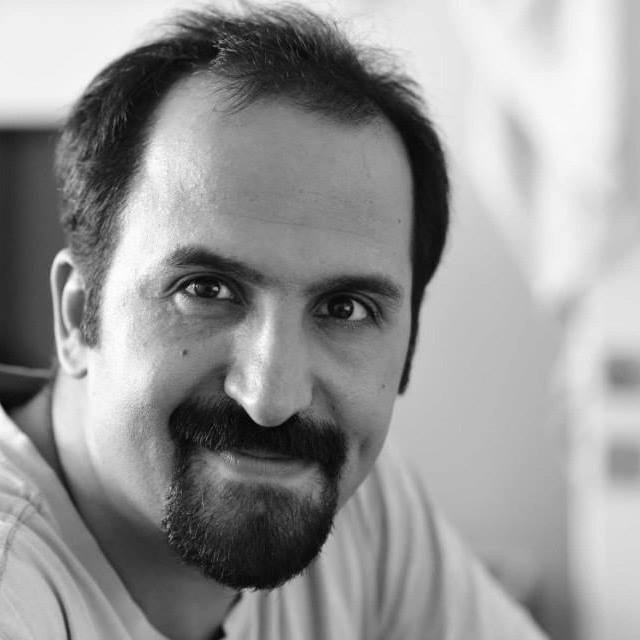 Hossein Najafi is a lecturer and Visual Effects Pathway leader in the Digital Design department. Hossein is a practicing artist and a film maker as well as a scholar who examines media language and aesthetics.

He is currently completing a PhD. His research project is a practice-led enquiry that negotiates bridges between identity theories and narrative form. In his inquiries he uses a variety of technologies including Motion Capture, Deep Learning, Virtual Human and Advanced Dynamic Simulations in his practice.

Hossein began his career as a design and animation artist in 1999 when he founded Didar Film, a small production studio where he produced and directed over 50 television commercials, managed numerous print campaigns and designed websites. While active in the advertising industry, he graduated in Cinema with a MFA from the University of Tehran. He then initiated a part time career as a casual lecturer in some of the leading universities in Iran, teaching animation, filmmaking, colour theory and design. Between 2009 and 2011, he worked with Touchwood Animation in London and then in 2011, he moved to Istanbul, where he worked as a creative media, animation and visual effects artist with companies including Ulkutay Productions, Cordoba Animations, Imaj Post Productions, CherryCherryVFX and Genius Park.

In Dec 2015, Hossein moved to New Zealand to undertake a doctoral thesis in Art and Design at AUT. In 2016 he began lecturing part time in the Digital Design department teaching animation, game and visual effects courses. From May 2016 to May 2017 he worked for Yukfoo Studio in Auckland as a senior animation artist.

Hossein was one of the major contributors to the Charles Darwin University’s television commercial campaign which won multiple awards including the Cannes Lion Prize in 2017. From May 2017 to February 2018, he worked for Toybox NZ as a CG Supervisor, undertaking a range of projects including television commercials, animated series and motion graphics. Based on his industry background and teaching profile, in 2018, he was appointed as a lecturer at the Yoobee Animation College and then, in February 2019, he joined AUT’s Digital Design department as a fulltime lecturer and visual effects pathway leader.