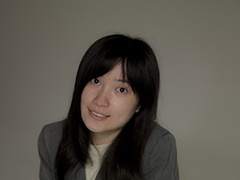 Chen is an internationally exhibiting film director, writer and designer with a background in both film and television production.

Chen is teaching in Digital Design and postgraduate. She is currently supervising students from Master of Design and Master of Creative Practice programs. She has taught across a number of disciplines including short film making, Chinese philosophy and aesthetics, curatorial practice, and theory and context in film, animation and gaming.

Yunbo Qi.(2018). Laughter and Connection: Comedic mockumentary as tool for enabling cultural understanding between China and New Zealand, through the ritual of marriage: A production proposal [secondary supervisor]. http://hdl.handle.net/10292/12125

Ranran Cheng. (2018). How can design strategies be used to promote traditional nanjing yun brocade in an accessible way to engage with a contemporary audience [secondary supervisor]. http://hdl.handle.net/10292/12100

Abdlwahab Alkandary. Our Impact on Water: a Production Proposal of a Series of Public Service Announcements that Highlight the Current Effects of Plastic Litter on Water [primary supervisor].

Chen is doing practice-led, artistic research including short films and film poems using a Chinese system, Xiang, as the central creative strategy. Xiang system is a philosophical and aesthetic system adapted from Chinese poetry. Her practice also explore Menglong (the amorphous or enigmatic) as an aesthetic visual style in communicating meaning and lyrical nuance of daily life.

In exploring these phenomena, she draws inspiration from the work of pre-existing poets. Significantly, she considers the potential application in short film of the restraint and delicacy that is indicative of poetry. Methodologically, a synergistic melding of Xiang system and heuristic inquiry is developed to heighten lyrical thinking within practice.

Chen, C. (2018).  The Rethinking of Film in the Digital Era. Journal of Zhejiang Normal University. [Accept for publication in March, 2019]

THE HEART OF SPRING was officially selected by independent juries for 13 international festivals, and it has to date been nominated for one award:

TOWARDS THE LATE EVENING 1&2 have been officially selected by independent juries for 5 international festivals and 1 exhibition: