EEG data is related to Neuromarketing, Alzheimer progression and Facial expression as follows:

1. The Progression of Alzheimer Disorder:

Motivated by the dramatic rise of neurological disorders, we proposed an SNN technique to model electroencephalography (EEG) data collected from people affected by Alzheimer’s Disease (AD) and people diagnosed with mild cognitive impairment (MCI). An evolving spatio-temporal data machine (eSTDM), named the NeuCube architecture, is used to analyse changes of neural activity across different brain regions. The model developed allows for studying AD progression and finding whether the MCI patient is likely to be developed as AD over the time. This model also enabled us to have precise analysis about brain activates across EEG band-frequencies (Alpha, Beta, theta and Delta). Using the NeuCube SNN-based visualization, we can obtain a better understanding and interpretation of the physiological brain ageing of AD patients. 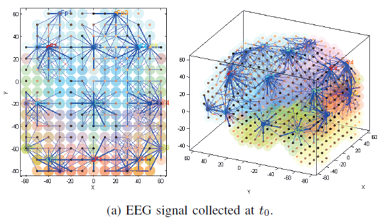 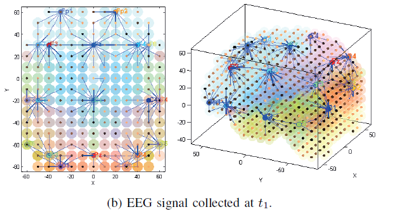 2. Neurocomputational EEG Analysis on Perception and Production of Facial Expressions:

We used the NeuCube architecture of SNN for mapping, learning and visualisation of EEG data recorded from subjects when they were performing a facial expression-related task.  Using the NeuCube, as a potential spatiotemporal data machine, enables us for the first time, to study the level of variation between perceiving versus mimicking facial expressions. Also the visualization of the SNN models trained on the EEG data proves the mirror neurons principle in the brain. We identified that role of mirror neurons can be dominant in sadness emotion, compared with the other emotions.