Brain-Like Artificial Intelligence (BLAI) is pioneered by Prof.Nikola Kasabov and here it is one of its realisations.

The NeuCube on Chip is a software system for the creation of large spiking neuron models in real time that run on the SpiNNaker multi-core system developed by the University of Manchester group of Prof. Steve Furber.

Each SpiNNaker chip has 18 ARM968 cores; they are connected via an asynchronous packet switcher for faster communication. The system runs in real-time, which means that an interactive application that could propagate and change the synaptic weights on the fly could be implemented, this would not only speed up the model training but could also control the flow of spikes and modifications in the weights. The SpiNNaker natively implements a simplified form of STDP learning rule between its connections this adds advantage over software implementation.

NeuCube could take advantage of SpiNNaker machines unsupervised learning and speed up the learning process. Also, we could increase the number of neurons from thousands to millions. 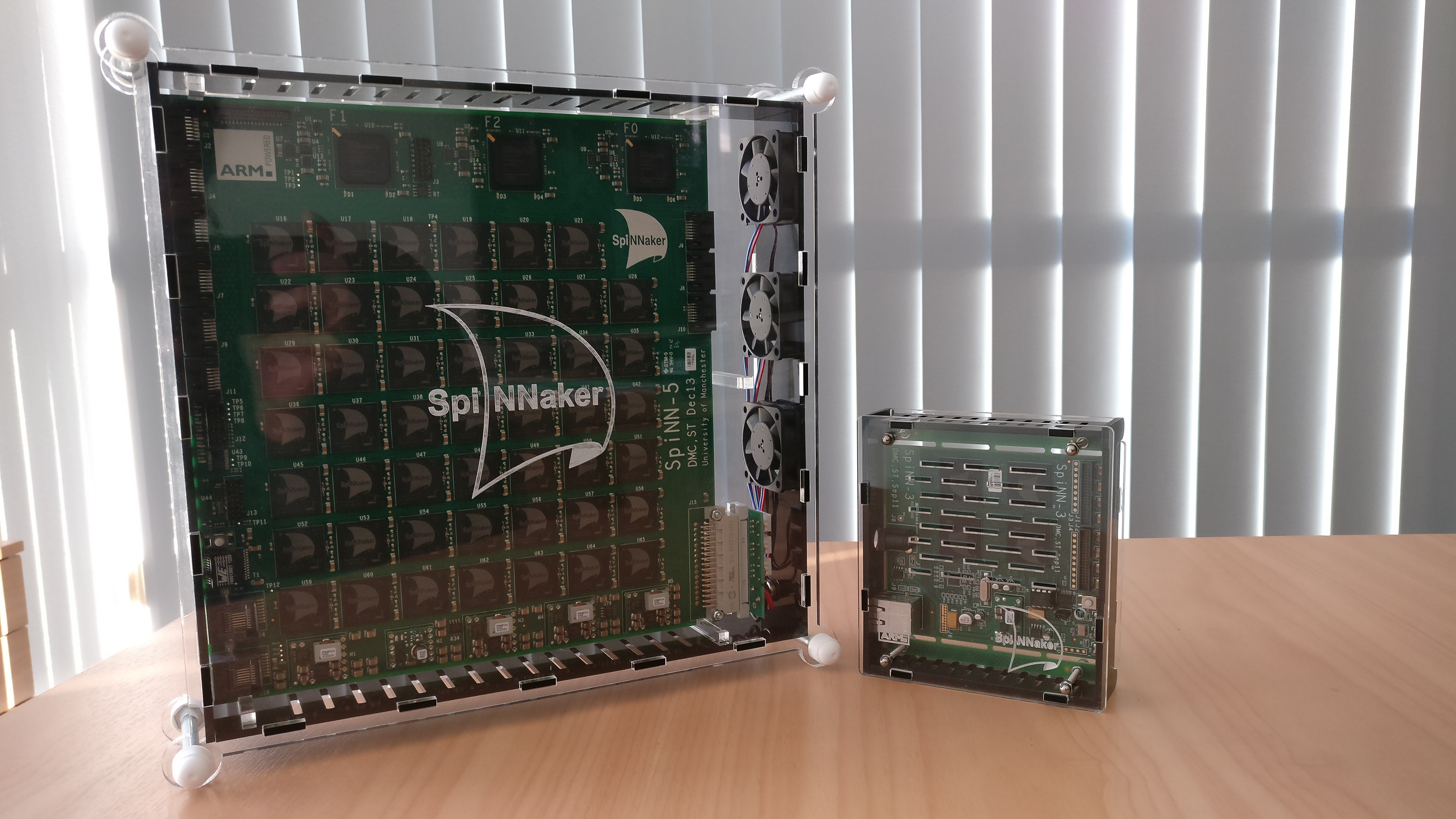 The developed intelligent systems with the use of NeuCube and its software implementation on SpiNNaker, when compared with traditional statistical and machine learning methods, showed superior results in the following aspects:

See also some of the related papers:

For this project, an R&D system has been developed based on NeuCube. The system can be obtained subject to licensing agreement.

The developer of this project is: