On International Women’s Day on Sunday 8 March, a range of voices was heard about the theme of #EachforEqual, the need for gender equality and the impact individuals can have on our larger society.

Looking back at AUT’s history, as a university and as a 125-year-old place of education, some bold women who stepped up in a male-dominated sector embody what it means to be a feminist*. 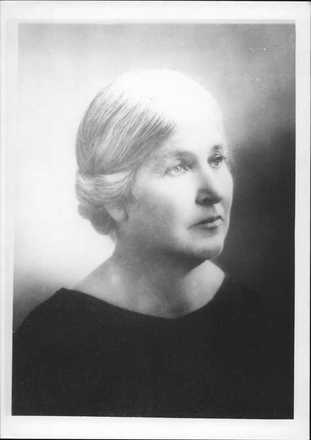 During the 1920’s Blanche was one of a group of Auckland women who realised the contribution women could make to society through public service.

In 1926 Blanche became the second woman to be elected to the board of managers at Seddon Memorial Technical College as a parents’ representative (the first was in 1921).

Other notable contributions to public life included being one of the first women justices of peace, a children’s magistrate, and one of two women appointed by the government to the Unemployment Board in 1931.

In 1936 she became the first woman in New Zealand to be elected chairperson of a technical college board (until 1940).  On her appointment she especially thanked the men on the board for helping break down barriers (at this time some board members still objected to married women being employed as teachers, let alone governance positions).

Blanche was a member of the board of the YWCA from 1928- 1931 and was on various patriotic committees during the Second World War. After retiring from teaching, she worked voluntarily for the deaf and for children with disabilities. She was made an MBE in 1940.

Eileen made the transition from student of the Seddon Memorial Technical College (she studied commerce from 1923 to 1926) to a senior administration role at the College.

In the late 1920’s Eileen was registrar for the school’s evening classes and during the ‘30s she worked her way up ultimately becoming the assistant registrar and secretary to the board of managers.

After 48 years, Eileen retired, making her one of the organisation’s longest serving staff members.

In 1984 Dr Gillian Reid was appointed Head of the Computer Studies and Applied Mathematics Department at AIT (Auckland Institute of Technology), becoming the first woman HOD outside ‘traditional’ fields such as secretarial studies, physiotherapy and nursing.

Gillian designed a computer programme to manage student records that was endorsed by the Department of Education and piloted at AIT and five other polytechnics in 1988.

*Feminist, someone who believes in the social, economic, and political equality of the sexes

Credit: Learning for Life – The Origins of Auckland University of Technology 1895-2000 by Louise Shaw.